The Samsung Galaxy Note9 is just around the corner but it looks like we now have an idea about its cost thanks to a leaked pre-order poster in Indonesia. 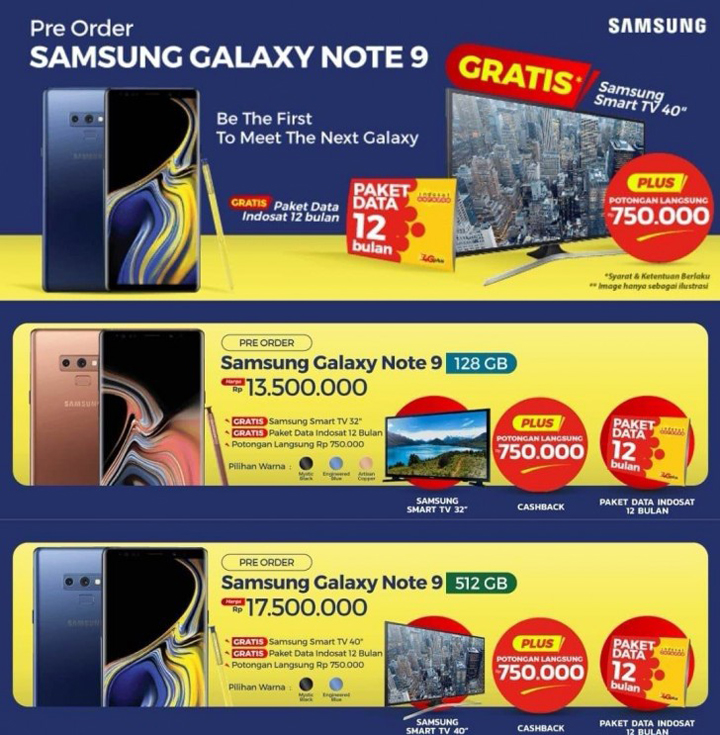 We’ll know more about the Samsung Galaxy Note9 when it officially launches on August 9, 2018, in Barclays Center, Brooklyn, New York, the USA at 11 am EDT.