Battery life is probably one of the biggest challenges in the world of technology. Mobile device users can surely attest to that as we can always complain about how our devices couldn’t last a day without being recharged. The good news is that a team of researchers in the US have developed a battery that can “heal” itself to prolong its life. 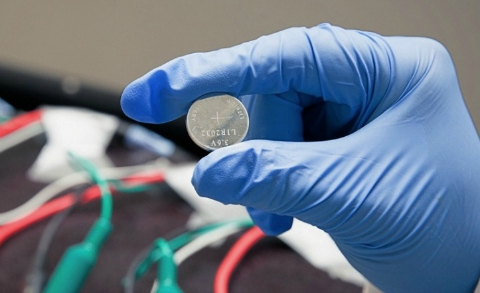 Batteries like those based on lithium-ion have very limited lifespan primarily because they expand when charged and the shrink when discharged. After a period of use, the battery cracks (gets damaged) and eventually becomes inefficient in storing power.

To tackle the problem, researchers from Stanford took hints from nature and developed a technology that allows a battery to heal the “cracks”. The technology is actually a self-healing silicon polymer coating that pulls back into shape whenever it cracks. (See photo below)

The team reports that a battery coated with self-healing polymer can take 100 charge-discharge cycles without any decrease in performance. Scientists are still developing the technology to meet the goal of 500 cycles for cell phones and 3,000 cycles for an electrical vehicle.