In this episode of our specs comparison, we will be looking at HMD Global’s newly announced Nokia 7 and compare it with the recently-released Huawei Nova 2i. Let’s go! 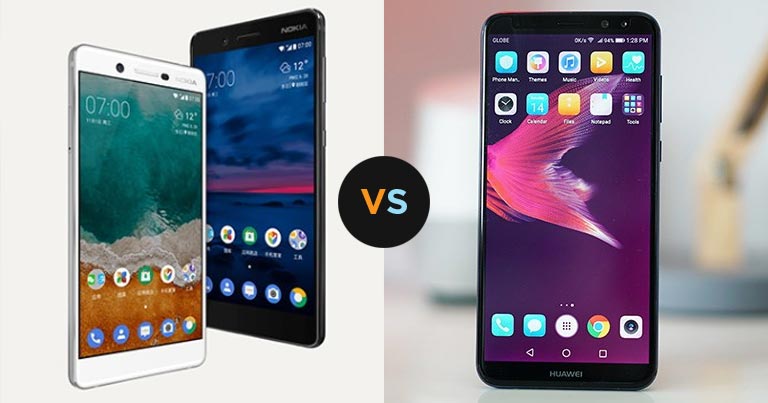 Let us look at their detailed specs:

In terms of display, the Nova 2i has a larger screen size, aspect ratio, and resolution which gives users a better viewing experience. However, this could affect the battery life performance of the device since it draws more power than the the Nokia 7. The latter may have a smaller screen size but it’s portable.

In terms of CPU and GPU, the Snapdragon 630 of the Nokia 7 has a better performing processor than the Kirin 659 of the Nova 2i. We know of this because we have checked out the benchmark score of the Zenfone 4 SD 630 variant since it carries the same chipset as the aforementioned smartphone. It received a score of 68,216 while the latter only received 62,964 when tested on the Antutu benchmark. As for the GPU, the Mali-T830 of the latter is only at par with the Adreno 505 GPU but since the former carries an Adreno 508 one, it is clear that it has a better gaming potential.

Camera-wise, we do not have any record yet of the photo quality for the Nokia 7 but we can safely assume that it will produce decent ones since it carries Zeiss dual-sight technology. We will know more of this once we get our hands on a unit. As for the Nova 2i, you can check out our sample photos which is located on our review for the device here.

For the battery capacity, the Nova 2i has a larger one with 3,340mAh compared with the Nokia 7’s 3,000mAh. Although it may seem that the Nova 2i will have the upperhand in the battery life, one major factor affecting the lifespan of a smartphone resides in its display. Take note that the latter has a larger screen size, aspect ratio, and resolution which will draw more power from the device. It is safe to assume that the former will last longer in terms of battery life but we can only make sure once we test the smartphone out when we get our hands on it.

For overall performance, the Nokia 7 gives a better performance especially in daily tasks and gaming potential, however, we must not underestimate the Nova 2i since it gives a better viewing experience for users.

Before we go to the pricing of these smartphones, let us take note their difference in features. The Nova 2i does not have any Gorilla Glass protection, NFC, dust and splash resistance certification, and lastly, USB Type-C.

Which of the new smartphones would you pick? Let us know your thoughts in the comments section below.