Spotify has announced that its new live-audio app ‘Spotify Greenroom’ is now available on Android and iOS in over 135 markets globally. 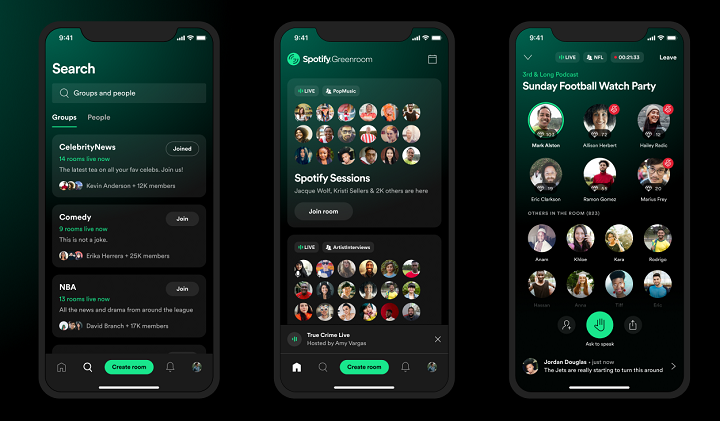 Greenroom is a new social audio app from Spotify that lets you host and participate in live discussions. Users may listen and talk about the thing they love with artists and fans of similar interests through virtual rooms.

According to Spotify, the company is building Greenroom with the creators and artists in mind, optimizing for interactivity and deep connections between participants in live rooms.

Spotify Greenroom is rolling out with the following features:

Additionally, users may also join a group, search for upcoming rooms, as well as join or create a room. 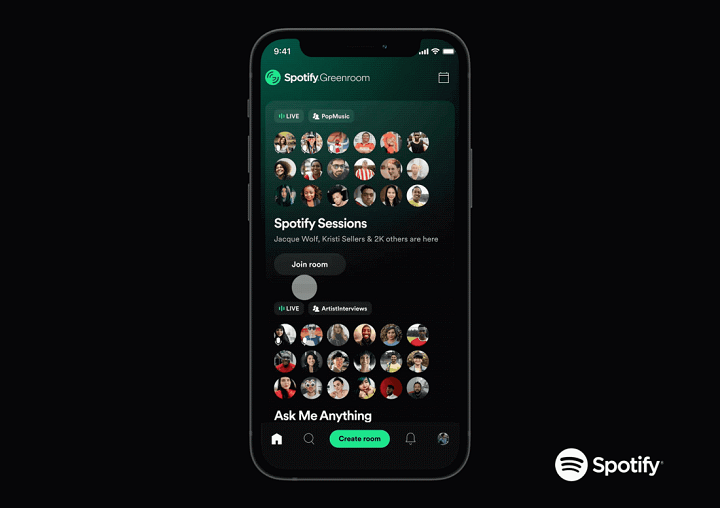 Furthermore, Spotify revealed that the Greenroom offering would continue to evolve as they learn more about what creators and listeners want from their live audio experience.

Greenroom can be downloaded for free on Android and iOS. It is currently available in most countries where Spotify is available.

You may visit the official Spotify website for more information.