The Future of Philippine E-Commerce is here

The digital economy in the Philippines is currently in exponential growth, e-commerce is becoming an essential part of life. iPrice conducts a study every three (3) to five (5) years in order to understand the evolution of the region’s online shopping habits. In their most recent study, – “The State of Online Shoppers in Southeast Asia 2021/22”  – 125 million unique users on iPrice Group websites that support e-commerce across six key SEA markets (Philippines, Indonesia, Thailand, Vietnam, Malaysia, and Singapore),  data were collected ranging from January 2021 to April 2022. Here we would see the online consumer behaviour in the Philippines and other vital markets in the SEA region. This would be able to trace the impact on online shoppers of the rapid rollout of mobile broadband networks and the continued development of smartphones. In the study, iPrice observes a high level of mobile usage with a strong preference for making a purchase via desktops in the Philippines. As opposed to five years ago, consumers are likely to set a purchase via their desktop computers rather than using their mobile devices. It sets a mark in history that times have really changed and it is seen in consumer preferences. Online shopping in the Philippines and most Southeast Asia markets have definitely shifted to smaller devices. Overall, mobile purchases in Southeast Asia are almost twice as high compared to those on desktops. 5 per cent of visitors to iPrice websites via a mobile device end in a transaction as opposed to 3 per cent of visitors using a desktop. 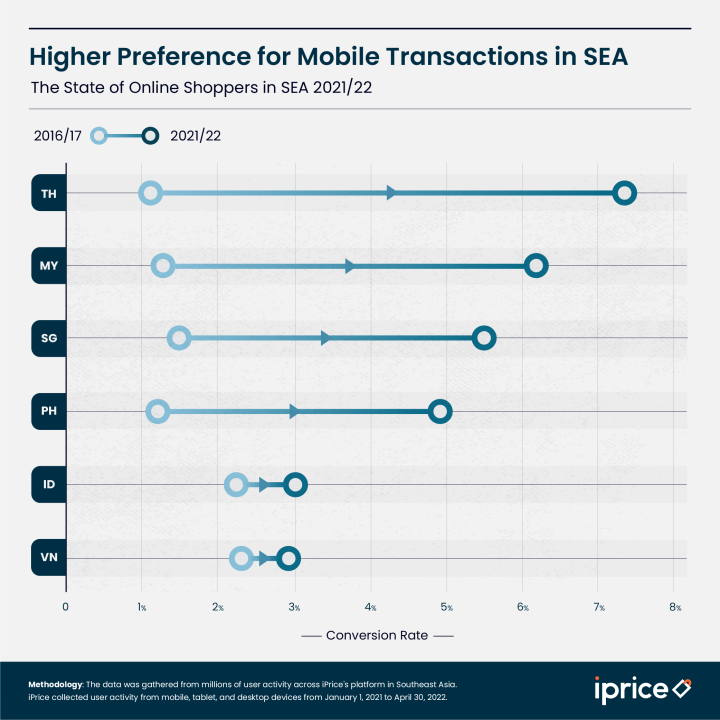 Vietnam is one of the markets that is an exception to this trend as consumers browse heavily on mobile but would still prefer a purchase on desktops. According to the hypothesis of iPrice, there is an underdeveloped mobile platform in the region that explains this behavior. Wherein most Vietnamese online shoppers appear to be actively browsing during working hours and would more than likely be using office desktops to complete purchases.

In comparison to other countries in Southeast Asia, the push for mobile adoption is not the same as in Vietnam. 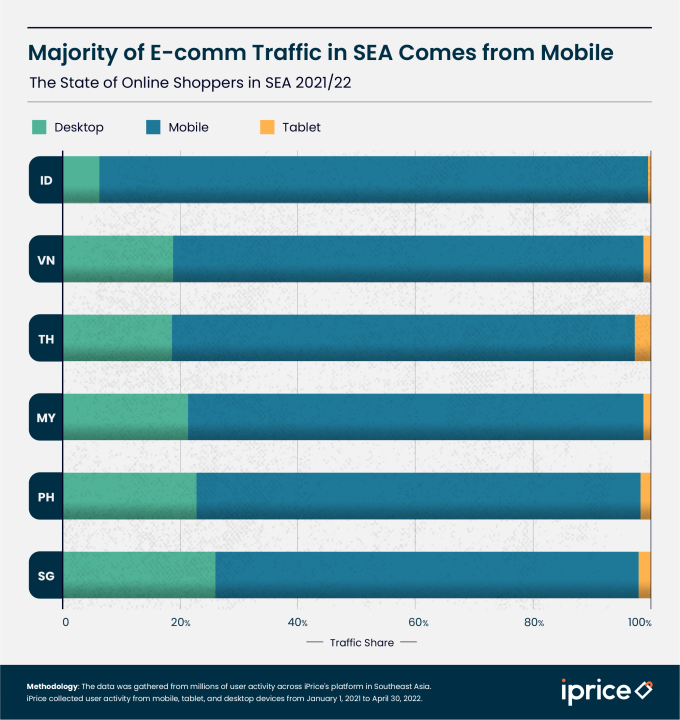 While we see a high rise in mobile e-commerce, the desktop still plays a vital role. This is true in the Philippines, Malaysia, and Singapore where there is a high device penetration. In there particular markets, online shoppers portray hybrid browsing and buying patterns that move across multiple platforms as they transition through the purchase funnel – Awareness, Research, Decision to Purchase.