This Chrome extension lets you bring back the old Facebook

We recently discovered a Chrome extension that summons the previous Facebook UI back from the dead. The Old Layout extension allows Google Chrome users to use the old layout by installing it on their web browsers. The extension is developed by Matt Kruse, the same creator behind the Social Fixer extension that allows Facebook users to filter their News Feed with keywords, notifies users if someone unfriended them,  hides sponsored posts, and organizes posts in one’s feed by games, apps, and author.

See also  Apple aware of iPhone 6, 6 Plus bending issues all along 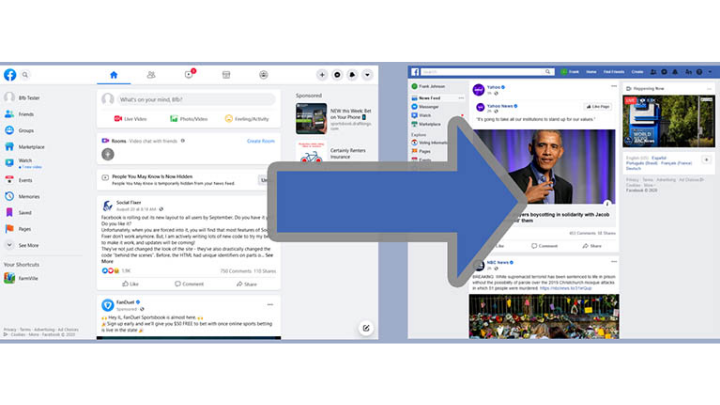 Once installed, the extension automatically reverts Facebook from the present to the classic layout upon opening it on Google Chrome.

According to Matt Kruse, the extension tricks Facebook to give the users the old layout by letting the web browser pretend to be its older version which doesn’t support the new Facebook layout. Because of this, Facebook may prompt you to update your browser at the top of your screen.