Xiaomi‘s sub-brand Redmi has announced to unveil the Redmi Note 11 series in China on October 28. 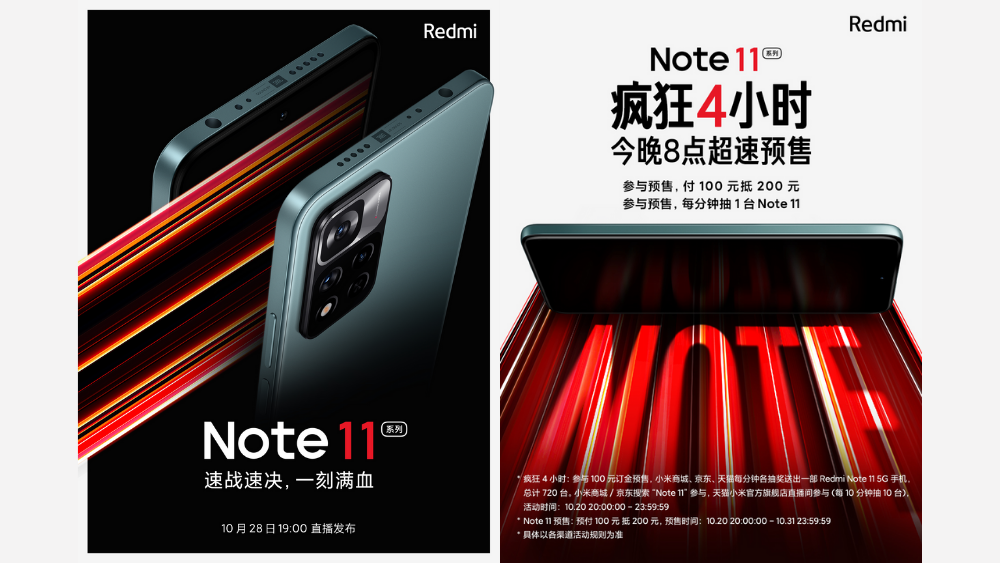 The company has also shared the official poster on Weibo, confirming the launch date as well as a glimpse of the Redmi Note 11 series’ design.

The Redmi Note 11 is seen to feature a hole-punch display. It also has the JBL-tuned speaker grille, a 3.5mm audio jack, and mic holes placed on the top edge. However, it also features quad rear cameras placed inside a rectangular-shaped module with an LED flash.

The launch event will happen on October 28 at 7 PM in China. Stay tuned to our page for more updates.