Xiaomi proudly revealed its record sales for a single day, catapulting its way into the Guinness Book of World Records. It was achieved by selling a total of 2.11 million phones through their flash sale. 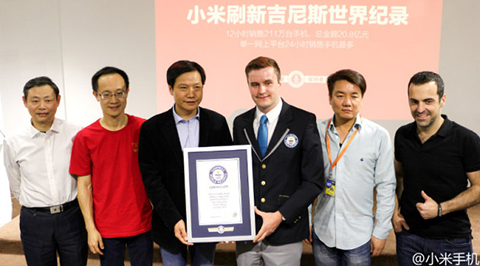 The record-breaking sales is a product of the company’s Mi Fan Fest that happened during the celebration of Xiaomi’s 5th birthday. Because of this, they currently hold the title for the “Most mobile phones sold on a single online platform within 24 hours”. Other bigger brands also sell millions of units, but they do so through different portals.

But when talking about just a single online platform, Xiaomi brings home the bacon. 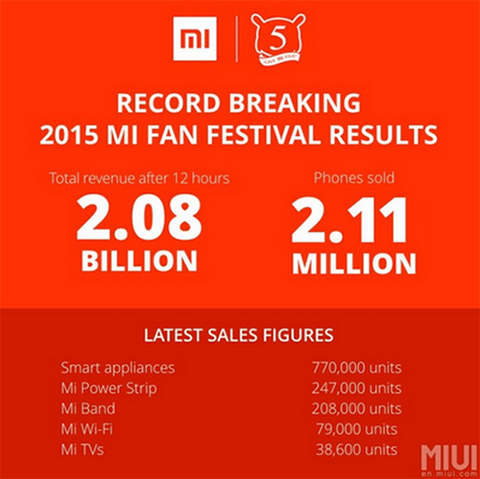 They also revealed not only the total sales of their handsets, but also their other products.

Their revenue on phone sales totaled to CNY 2.08 billion or approximately Php14.9 billion — all within a 12-hour window.