Activision has officially taken the wraps off the latest installment of its popular first-person shooting franchise dubbed as the Call of Duty: Black Ops III and has revealed some of the things FPS gamers can expect from it.

First things first, the latest installment of COD will officially be available in November 6 for PC, PlayStation 4 and Xbox One, albeit Activision isn’t closing its doors to other gaming platforms just yet. 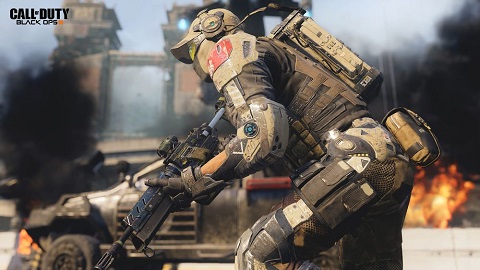 Now that’s out of the way, here are some of the new things we can expect from the upcoming game.

Multiplayer Coop Campaign – Yup, that’s right, the COD Black Ops III campaign can now be played with up to four friends, both online and offline via split screen. Lonesome gamers need not to fret though as it still can be played in single player mode.

More futuristic setting – The next installment of COD Black Ops is set on the decade of 2060. It falls right in the timeline of the two previous installments of the game which were set on the years 2025 and 2054.

Return of the undead – Zombies will make its return on the Black Ops III. But instead of being incorporated to the actual campaign, it will be in a separate story line, complete with its own character progression system. Better movements and more character customizations – Black Ops III will feature a ton of character improvements which include a selection of 40 upgradeable skills, as well as “a new momentum-based, chained-movement system that allows players to move fluidly through custom-built environments with finesse.”

Then there’s also “Specialist” mode where players can personalize up to nine soldiers, allowing them to change almost every aspect of the character from its physique down to its backstories.

We’ll wrap things off with what probably PC gamers are asking right now, will my PC be able to run this game? Here’s the minimum system requirements to run the COD: Black Ops III: