Gaming on a budget might seem impossible – but it’s not. While some might enjoy cranking all the settings to their highest at the highest possible resolution, some people are content with decent 1080p gaming performance for casual competitive games.

There are numerous cards out there that can accommodate this field, but here we have the Zotac GTX 950. The entry-level gaming card by Zotac that uses Nvidia’s Maxwell architecture.

Zotac currently has 2 different versions of the GTX 950, the standard 950 that we have right here and the Amp! Edition 950 which has a faster clock speed than the aftermarket 950 and reference 950.

We compared the Zotac GTX 950, Zotac GTX 950 Amp! Edition, and the reference GTX 950 side by side to see what are the differences between the three.

While it is expected that the Amp! Edition has advantages over the two, the after-market 950 of Zotac is slightly smaller and faster than the reference GTX 950 for almost 100Mhz both on base and boost clock. This will lead to a slight increase in FPS.

Aside from the slightly smaller size and performance increase, the Zotac GTX 950 requires only a 300W power supply than the reference GTX 950. While this is somewhat not important due to both cards drawing the same 90W power, it could be useful (and comforting) for older rigs out there that have a 300W power supply. 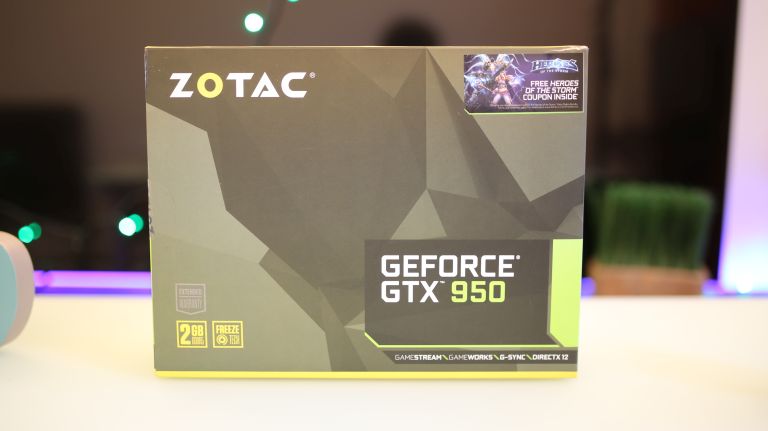 The packaging of the GTX 950 is satisfactory. The box is presented in a clean and simple but noteworthy looking design – a big difference compared to most graphics card boxes. It’s not fancy but at the same time it doesn’t feel and look cheap. 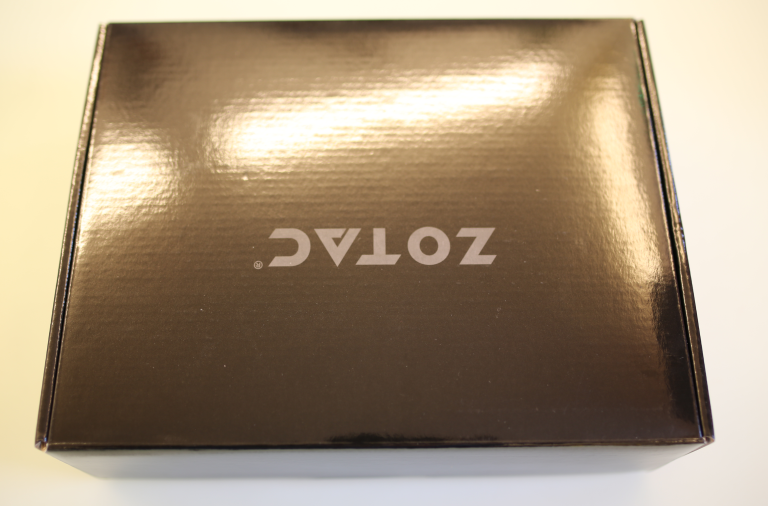 Upon opening the box, you’ll pull out another box which would be encasing the card and its contents. 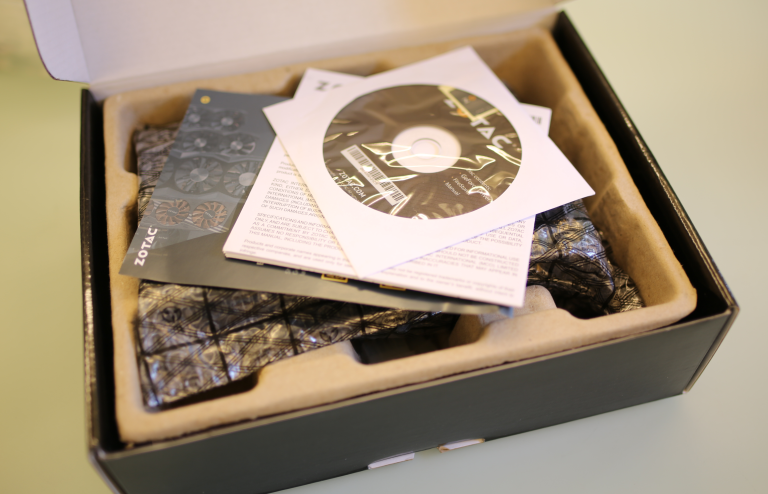 Inside the box is the manual, some advertisement papers, the CD, and finally the GPU itself protected by a safe bubble wrap. 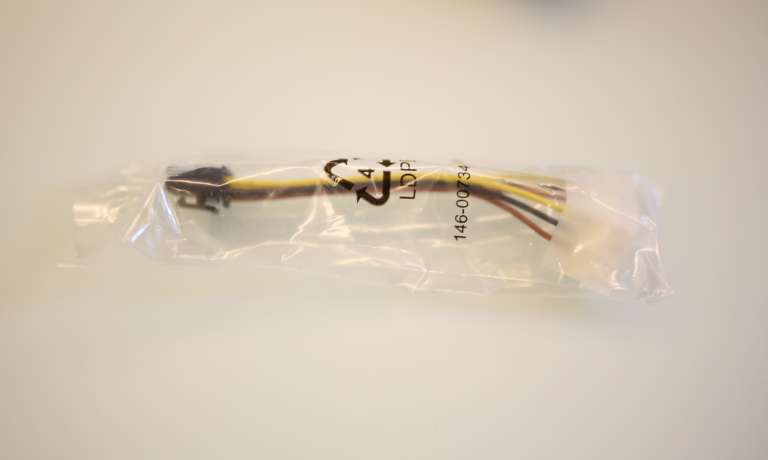 The card also comes equipped with a Molex to 6-pin power connector for those older PSUs that doesn’t have a supplementary 6-pin PCIe power cable. Unlike most graphics card aftermarket sellers, Zotac kept it simple – which is always a good thing in our book.

The card itself has a very premium feel despite not having a backplate. But, considering it’s a 950, it is to be expected. It feels very light while at the same time heavy enough for you to expect it as a premium card. It is a dual-slot card that has a height of 4.37598 inches and a length of 6.85039 inches. 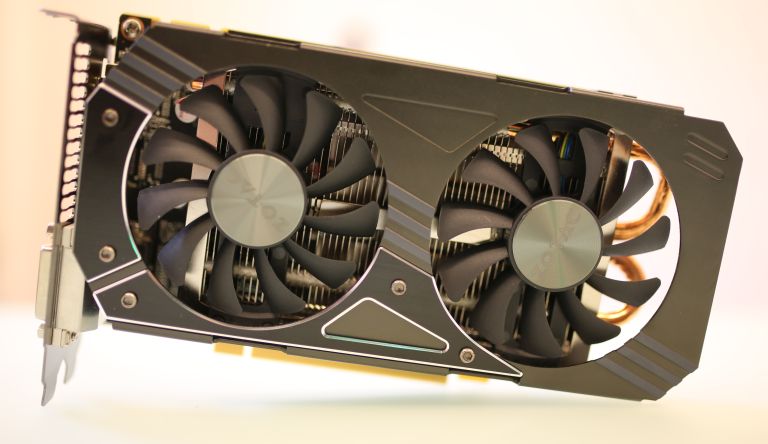 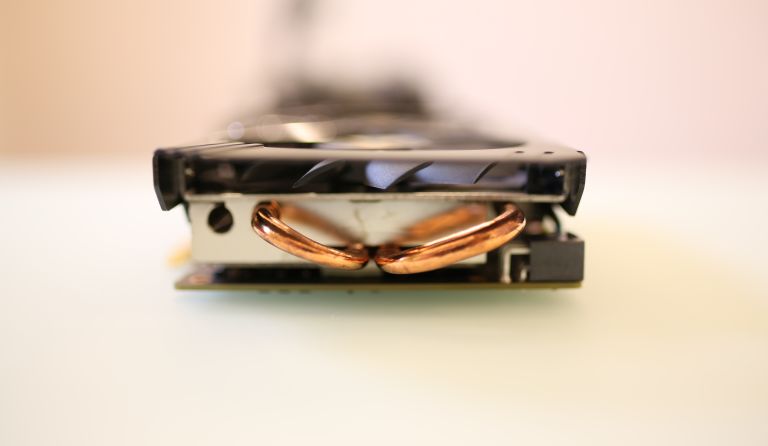 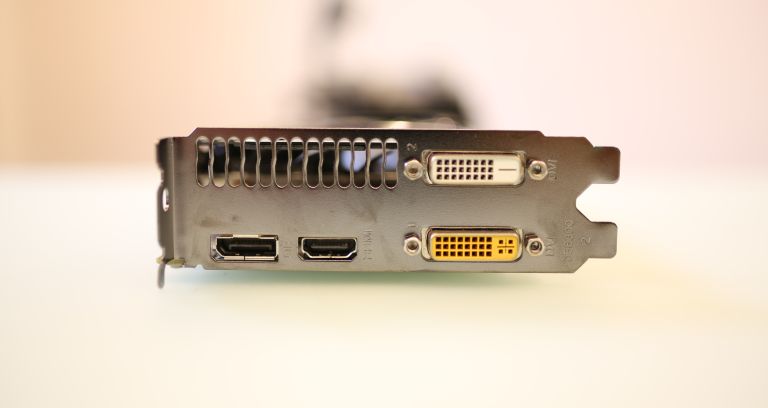 For connectivity, the card boasts DVI-I and DVI-D connectors, Display Port, and HDMI. 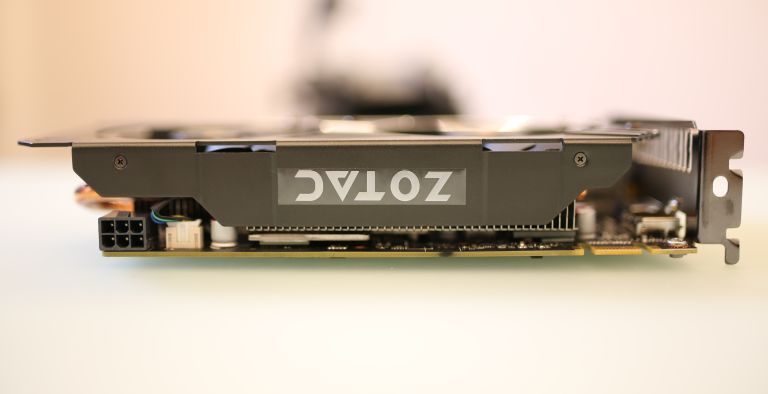 On the side of the card is the printed “Zotac” logo while sporting the 6-pin PCIe external power connection to power up the card. 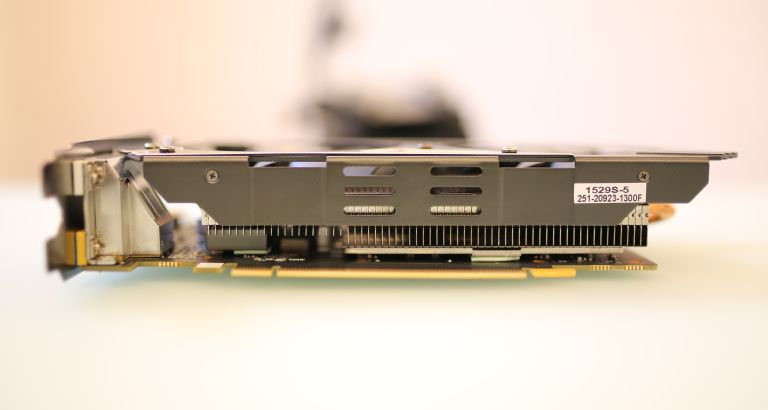 Once again, unlike higher-tier cards the GTX 950 doesn’t sport a backplate. Cooling the card is Zotac’s FreezeTech technology which means the fan doesn’t operate on average/low temperatures or if the card isn’t on load. All in all, the Zotac GTX 950 looks and feels premium thanks to its aluminum body accompanied by Zotac’s custom technology.

Clearly from the specifications, there are no bottlenecking issues with our rig and the card, which means you’ll be seeing the GTX 950’s performance at its fullest. We’ll be providing more details of the individual benchmarks below.

Take note that the i7-4790K is not overclocked. We’ll be benchmarking the games below in stock speeds with no overclocking whatsoever. 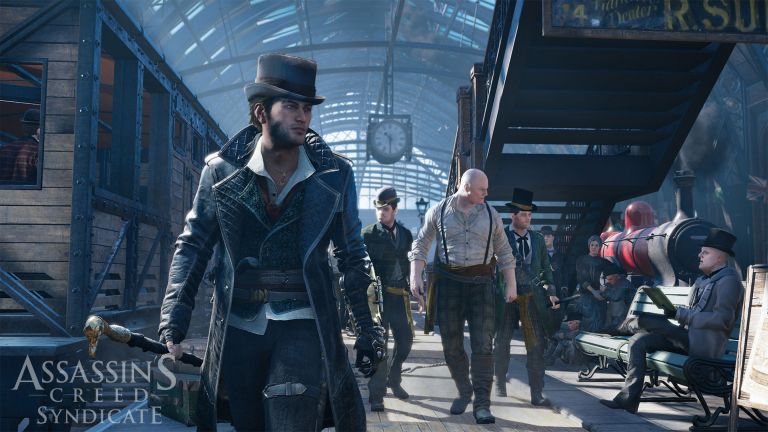 The Assassins Creed series has been known as a PC power hog even in its early days. Though with the release of Assassins Creed Unity, they have become more notorious thanks to the game’s huge location accompanied by it’s lush and beautifully detailed environment. 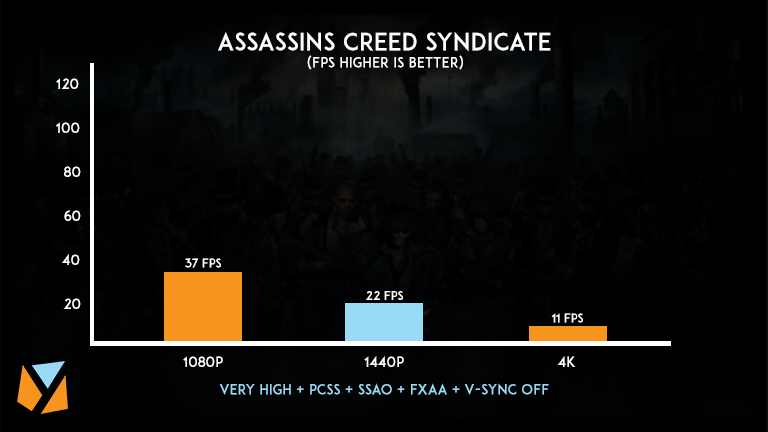 The game is playable even at very high settings in 1080p with an average framerate of 37FPS. In 1440p, however, the game slows down averaging only 22FPS. While in some scenarios, the game would drop to even 15 or so. In 4K, whilst expected, it was unplayable. 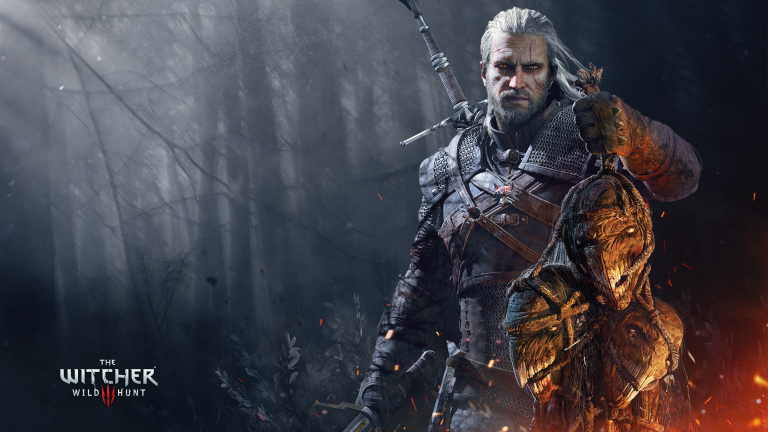 If AMD’s attempt in making pure hair was Tomb Raider, Nvidia did the same with The Witcher 3. The series has always been known as a dominant series in the RPG scene, and The Witcher 3 did pretty much the same though with better graphics, better gameplay, overall longer story and better delivery of characters. 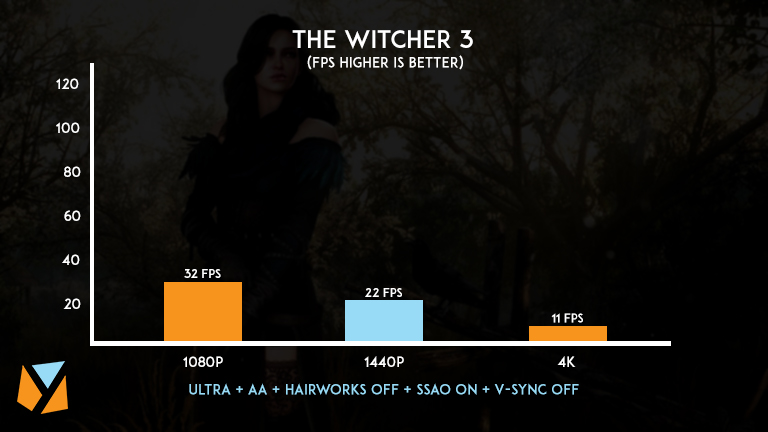 With a preset of Ultra + AA enabled with hairworks off, and SSAO on, the game ran at an average of 32 FPS. In 1440p, the game was somewhat unplayable with an average of 22 FPS while in some scenarios the game’s FPS would drop even below 10 but eventually bounce back to 15-20FPS. At 4K the game is rendered completely unplayable. 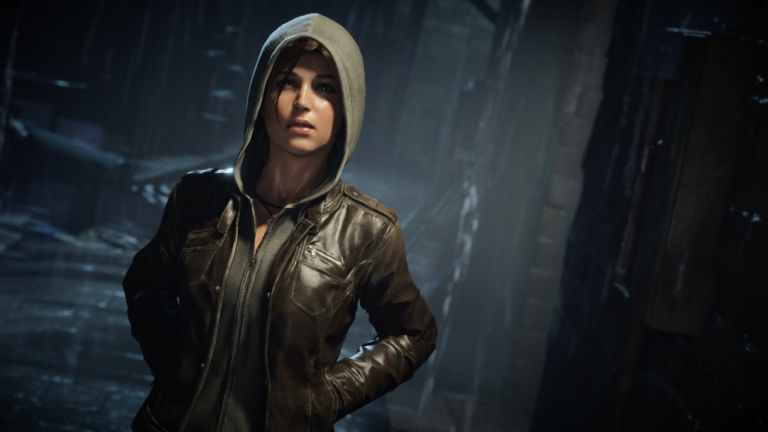 Ever since the release of Tomb Raider (2013) we already knew for a fact that the series’ upcoming games are meant to be benchmarked. Lara’s “pure hair” texture thanks to AMD’s TressFX technology back then really changed things for graphics and showed the incredible potential of the PC port. The same goes for the Rise of the Tomb Raider.

Rise of the Tomb Raider does not only features Lara, but also has incredibly detailed environments, better rendering performance, amazing tessellation, and the “pure hair”. 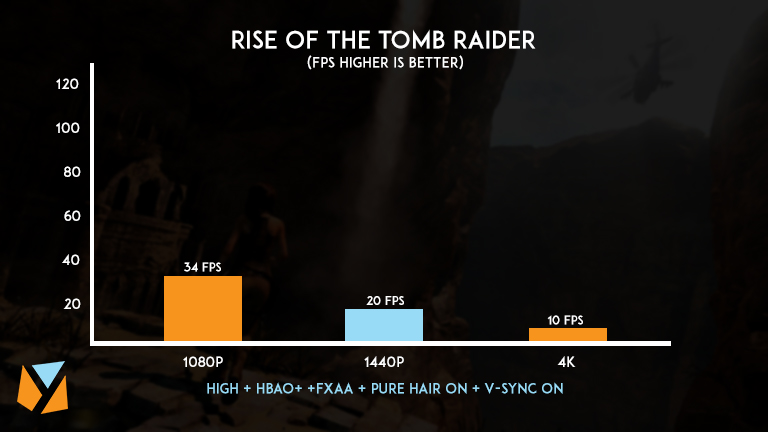 Performance on Rise of the Tomb Raider is different from all of the benchmarks that we have here. With the game cranked to high settings with “pure hair” on and HBAO+ and FXAA, the game is demanding. At 1080p the game reaches an average of 34FPS, while that is completely playable, some might disagree and there were frequent occasions where the FPS would drop around 25 or even below.

In 1440p the game started to become unplayable and at 4K the game was completely useless due to its 10fps average whilst sometimes going below up to 4FPS on some occasions. A personal favorite of us, Shadow of Mordor is a dream come true for any LotR fan. The game looks stunning, at the same time, the combat system of the game also felt amazing and great. The story is great as well and it is taxing even for higher end GPUs especially if you’re running the game at 4K with the highest settings. 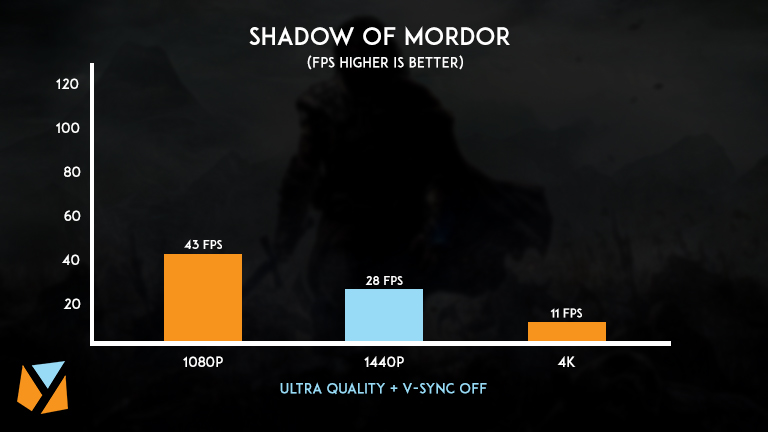 In our benchmarks, the game ran well at 1080p running at Ultra Quality while delivering a still somewhat playable experience at 1440p. Bringing down the settings of the game will no doubt increase performance. As expected, in 4K gaming, the card wasn’t able to push things up and was complete unplayable even dropping at around 6fps in some areas and situations of the game. 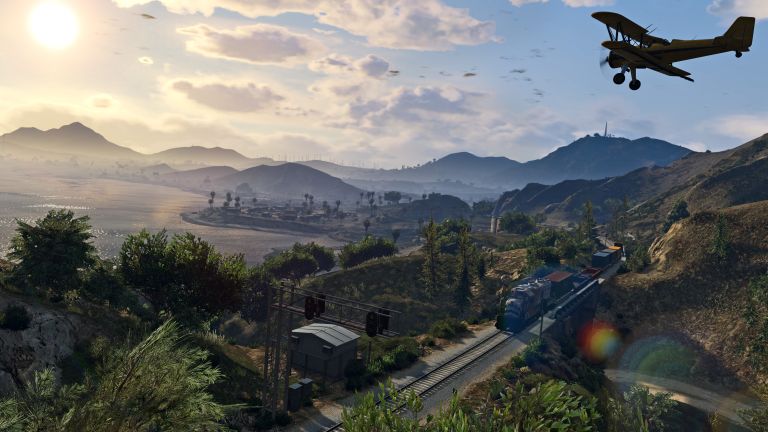 Grand Theft Auto literally revolutionized on how RPG games are presented ever since the foundation of GTA III back then. The game was the first “true open world 3D game” back then that features a unique story, great gameplay, and is still actually fun today.

More than a decade has passed though since GTA III, and numerous advances have happened throughout its release. Here we have GTA V. This is one of our favorite games thanks to the three characters with their unique story line and personality and overall amazing atmosphere especially if the graphics are cranked up to their highest. GTA V is an amazing looking game that’s very taxing even for high-end setups especially if the advance graphics are on and MSAA/FXAA is run at max with Nvidia PCSS enabled. In our benchmarks, the game is playable having a 51fps average on 1080p while averaging an above 30fps performance at 1440p. In 4K, the game was starting to become unplayable especially during gunfights.

Clearly, from the benchmarks, the card itself can run very well in mixed settings depending on the game at 1080p. In 1440p, the card has some potential as long as you turn down the settings by a bit. 4K gaming, however, is not recommended though it is expected since this is an entry level card for just Php8,050.

All in all, the Zotac GTX 950 is a good entry level card that is perfect for average gaming needs. It might not be capable enough to max out games at 1080p with at least an average of 60fps, but it is still capable of playing several games in playable framerates at 1080p.

The GTX 950 is not “The entry-level gaming card by Zotac that uses Nvidia’s Maxwell architecture.” It’s actually the GTX 750

The GTX 950 is an entry-level gaming card of the 900 series, which uses Nvidia’s Maxwell architecture.