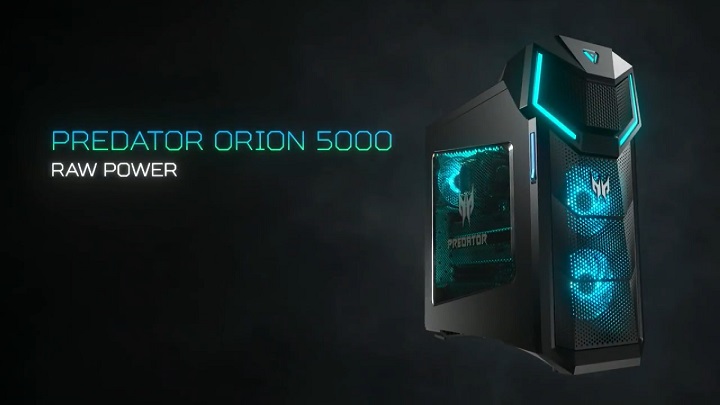 First up, the Predator Orion 5000. The desktop showcases the signature aggressive Predator design coupled with an EMI-compliant transparent side panel and a lot of blue LEDs. Under the hood, we get an 8th Gen Core i7-8700K processor paired with an Intel Z370 motherboard, up to two-way Nvidia GeForce GTX 1080Ti GPUs in SLI, up to 32GB of Intel Optane memory, 16GB of DDR4 RAM, 1TB HDD, and a 256GB M.2 SSD. 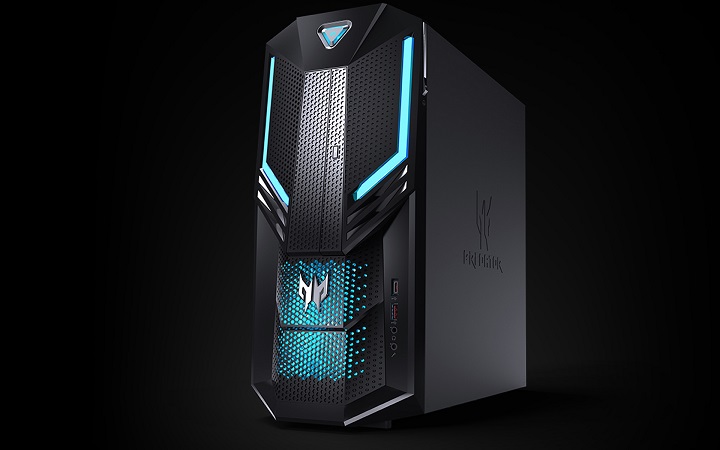 Next up, the Predator Orion 3000. The desktop still carries over that Predator vibe although it now has a subtler design. Unlike the Orion Predator 5000, the Orion 3000 doesn’t feature a transparent side-panel. The PC can be outfitted with up to an 8th Gen Intel Core i7+ processor, up to Nvidia’s GeForce GTX 1080 GPU, up to 32GB of Intel Optane memory, up to 64GB of DDR4-2666 RAM, and up to 512GB PCIe NVMe SSD.