It was just recent when Google has handed the Jelly bean source code to the developers and weâ€™re already seeing the AOSP version of the buttery OS being ported to various devices. Among the first few devices to run Android 4.1 smoothly is Amazon’s Kindle Fire.

A few months back we have reviewed the Kindle Fire running a custom and early build of the Android Ice Cream Sandwich ROM (click here to read the review), now let’s see how the Fire fairs running Android’s latest build, the 4.1.1 Jelly Bean. 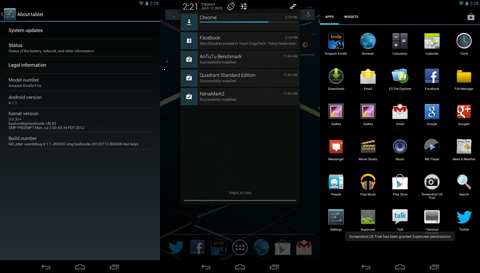 The Jelly Bean experience was said to be a hybrid between a smartphone and a tablet so expect the UI to have better functionality. For the obvious ones, you get a different lock screen and home screen, widget placement is better, and the notifications bar is improved. 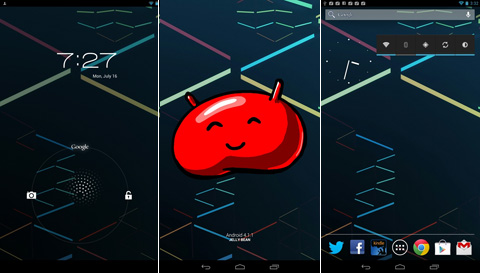 As of now no swipe controls for the volume and some Google services such as Google Search are not working. But overall the major hiccups have already been addressed by the XDA developers. The UI is fast and very responsive at this point so expect it to get better over time.

Meanwhile you can check our hands on video below: