Advanced Micro Devices (AMD) has launched the latest line of mobile Accelerated Processing Unit (APU) comprising of the A8-7100 and A10-7800 designed for notebook PCs and tablets carried by the new Acer Aspire E15 and Lenovo IdeaPad Z50-75 respectively which were also featured earlier today. 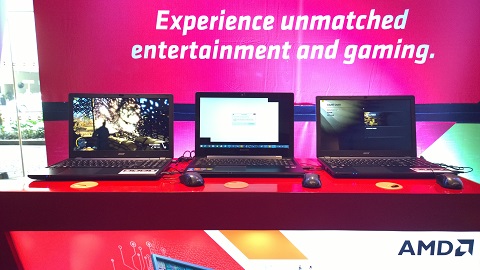 During the launch event, AMD ASEAN General Manager, Ryan Sim highlighted some of the key features of the new Steamroller-based mobile APUs which include Heterogeneous System Architecture (HSA), Mantle and TrueAudio technologies.

Also present during the event are some of AMD’s key partners who took the opportunity to showcase their respective offerings that’s powered by one of the new mobile APUs. Acer launched the Acer Aspire E15-551G-812I which sports a 15.6-inch LED 1080p display and is powered by an AMD A8-7100 with Radeon R5 Graphics and 4GB of DDR3 RAM. 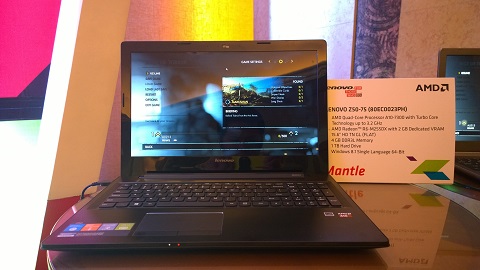 Lenovo, on the other hand, showcased the IdeaPad Z50-75 which shares the same screen size and resolution with Acer’s new notebook PC but is powered by beefier AMD A10-7300 with a dedicated Radeon R6 M2250X GPU with 2GB of VRAM. It also has a 1TB HDD which is paired with 4GB of DDR3 RAM.

The two aforementioned AMD-powered notebook PCs will soon be available in the local market. The Lenovo Z50-75 will be retailed for Php33,995 while the Acer Aspire E15 will set you back Php29,990. Both notebook PCs will come pre-installed with Windows 8.1 right off the bat.