AOC, one of the well-known brands in monitor market, has expanded its horizon and ventured out in to the world of Android tablets. What they’ve come with is Breeze lineup, which comprises of two slates; the MW0731+ and MW0831 both running on Jelly bean. 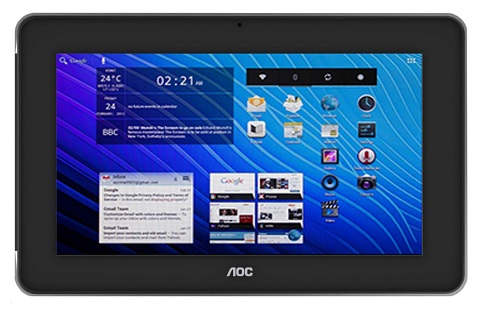 Of the two, the MW0831 is the one that sports a slightly bigger and better screen. To compensate for the added inch, AOC equipped the MW0831 with a bigger battery which adds heft to the 8-inch tablet.

Apart from what was mentioned above, these tablets are virtually identical to each other in terms of specs. Both runs on dual-core processor aided by a gigabyte of RAM and has an internal storage amounting to 8GB. 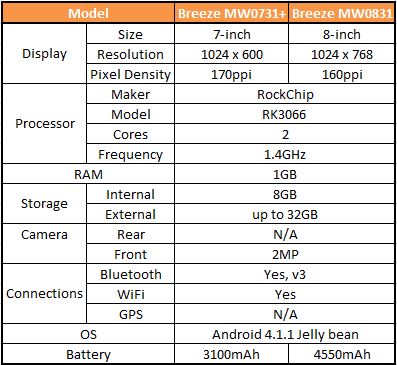 The AOC Breeze MW0731+ can be had for only Php5,999. Now if you wish to opt for its bigger sibling, that’ll cost you an additional three grand. Judging by the differences between the two, I must say that three grand is a little bit too much for 50% more battery and a better viewing angle courtesy of IPS panel on the MW0831.