ASUS Philippines is set to launch two notebook PCs which will sport an ultrabook body but with a slight difference in configuration. The firm sent us one of the two which is the ASUS A46 SlimBook. Let’s see how what this notebook is all about after the break. 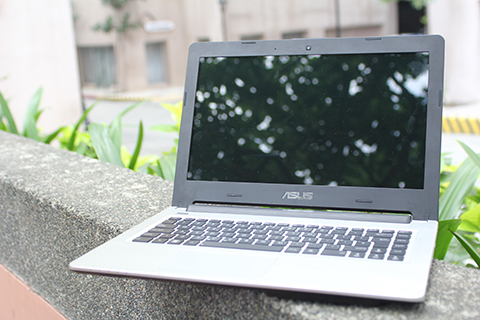 A quick tour around the laptop will reveal a D-Sub, HDMI, RJ-45 and USB 3.0 on the left side and an audio port on the right accompanied with 2 USB 2.0 ports and a Kensington lock. The majority of the right side is occupied by the DVD drive which is a rare feature for laptops nowadays. Towards the front are 5 LED indicators with SD card slot underneath it. 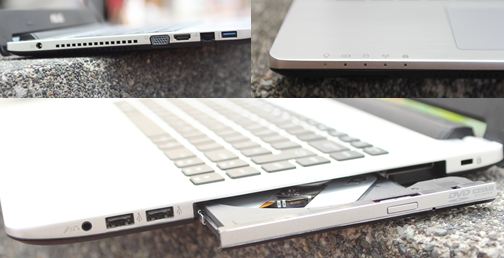 The ASUS A46 sports a 14″ HD LED display with a 16:9 aspect ratio and is powered by Intel HD 4000 graphics card. We all know that it’s not the crispest display in the block, but it should suffice to take on your average monitor needs.

The audio quality out of the A46 isn’t also that bad although it is a little too soft in our opinion. We think that this due to the placement of the speakers, which is located at the bottom portion of the machine near the battery latch.

Another aspect of the ASUS A46 Slimbook that could use a little reworking is the keyboard layout. Although the keys are evenly spaced and provides a comfortable tactile feedback and there’s an ample palm rest, we still had a hard time typing with it because of the placements of the key. It does take a lot of getting used, but even so we still find ourselves mistyping some words. It also doesn’t have a backlit functionality which may be a deal-breaker for some. On the positive note, we find the ample sized ClickPad of this laptop very responsive and accurate even when our fingers are sweaty. The ClickPad also makes use of Smart Gesture technology which enables it to support up to 3-finger gestures.

While we don’t expect any groundbreaking performance out of an Intel Core i3-3217U 1.8GHz and a 4GB RAM configuration, it should be able to take on the usual browsing and office needs without breaking a sweat. Here’s a look of ASUS A46 SlimBook’s Windows Experience Index:

The performance we got from this review unit was spotty. At times, the notebook runs like a charm but there are times that it lags in the simplest of operations. We assume that this may be because the review unit we got is a prototype (which is also evident on the incorrect labeling of some of the keys) and we can probably expect more consistency with the production unit.

In terms of the battery life, the ASUS A46′ 44WHrs can deliver a relatively decent performance which is at par with the current mid-ranged standards. We typically get around 5 and half hours on a single charge with light-to-moderate usage and with the screen brightness on the half-way mark. With heavy use and with the screen at its brightest, we usually get around 3-4 hours of juice out of the machine.

Arguably, the A46 Slimbook’s main selling point is its thin and lightweight profile, making it one of the lightest and most portable 14-incher laptop in the market. And although the design looks good for the most part, there are a handful of things we didn’t like about it such as the glossy top casing which is fingerprint magnet, the tad too thick bezel on the front panel that frames the 14-inch screen and the keyboard layout. 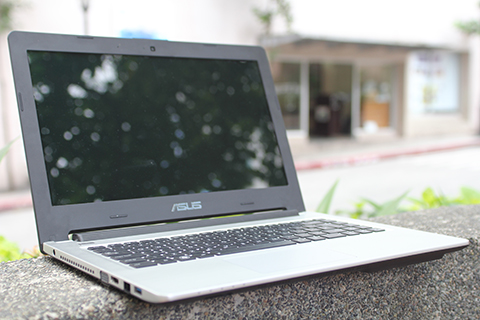 There’s really nothing to be excited about in terms of the notebook’s performance, but it should be able to handle most, if not all your basic computing needs. ASUS has yet to set a date when they’ll release the A46 SlimBook in the local market but its price is pegged around Php28,000 to Php30,000.

is there a internal memory for this laptop?

any word on when this would be available here? this review is dated September but it’s almost December now.

is this similar to ASUS s46 “ultrabook S” series?

This laptop is good for SEO specialist and for those who want to learn internet marketing.

I love ASUS because I trust its durability, but previously I did not experience good from the last product I bought from ASUS brand or I am lucky not to have the good unit that time. I hope to see the updated price soon.

I think I have an idea but I’ll ask anyway. What is the resolution of the screen?

Interesting that ASUS wants slimbooks to be 14″ in size. Well probably its 14″ due to the DVD-Rom Drive.

I’ve been using my Core i3 Sandy Bridge with no problems now, since this is now Ivy bridge I believe that this will be really bank for the buck compared to Samsung and Acer slimbooks.

This is what I’m looking for. Thanks Yugatech for the review :)

can this be comparable to the samsung series 5 slim?

if i were to buy around this price range, w/c shd i choose? this or the samsung?

it comes with windows?

Is it made of metal?