ASUS recently sent us its gaming laptop dedicated to those looking for a portable rig with capable specs, but also, wouldn’t break the bank. The FX502VM sports NVIDIA’s GTX 1060 GPU bundled with an Intel Core-i7 processor, 16GB of RAM, and a combo of 1TB HDD + 256GB SSD for storage. 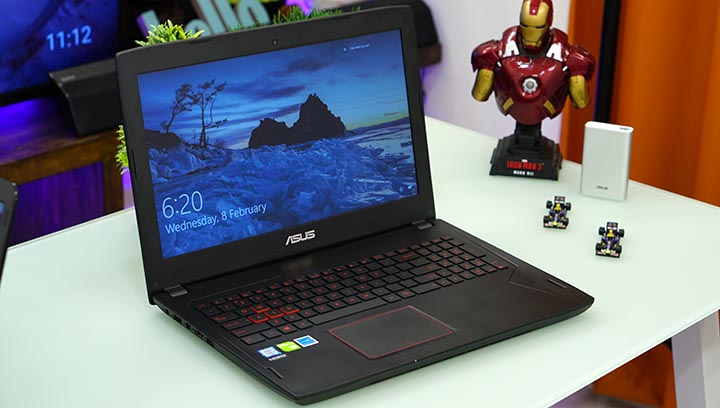 The FX502 comes with a 15.6-inch display surrounded by a noticeable frame. It is protected by a brushed metal shell which is what we commonly see with the company’s ROG lineup of gaming laptops. 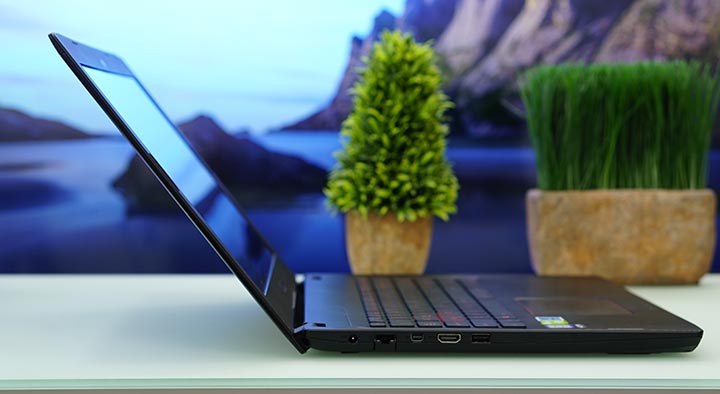 The lid can lean back and maxes out at the angle shown above. It is thin and can easily be opened with one hand. 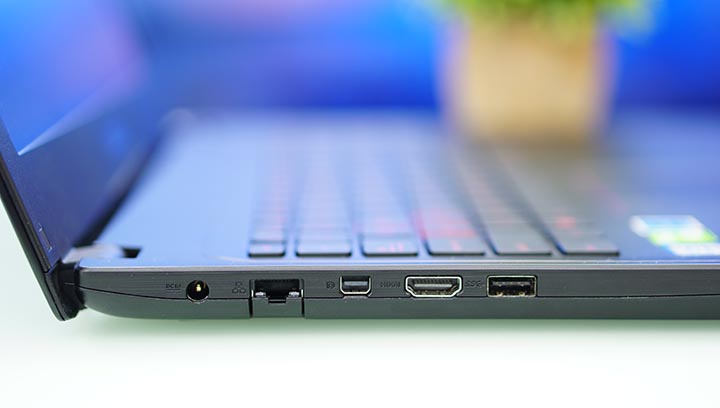 The left side contains the AC power jack, ethernet, miniDisplay, full-sized HDMI, and a USB port. 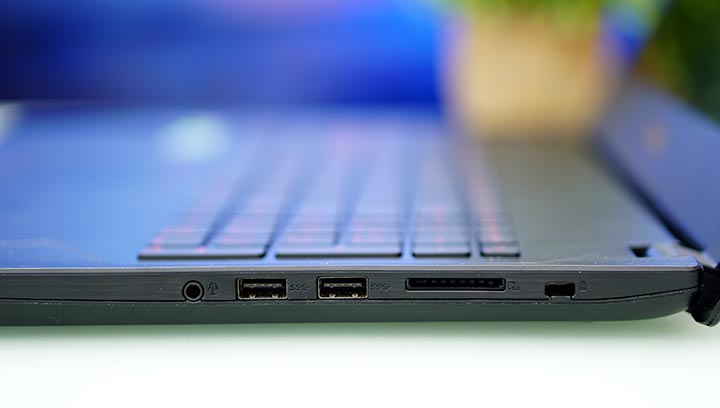 Meanwhile, on the left, we have the mic in/headphone out, two more USB ports, memory card reader, and the slot for its Kensington lock. 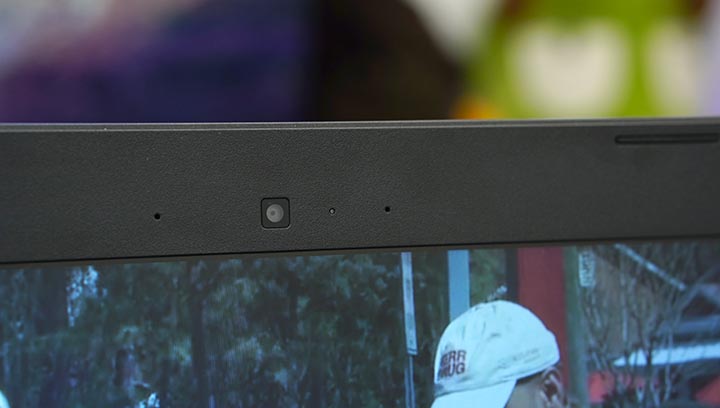 Up top is where the HD web camera is situated for video calls. 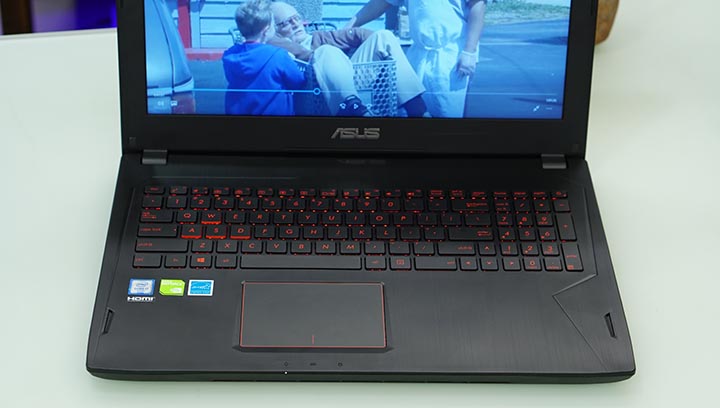 The FX502 carries an illuminated chiclet keyboard with 1.6mm travel distance. It allows for fast typing although we needed some time getting used to its spacing after coming from a full-sized keyboard. 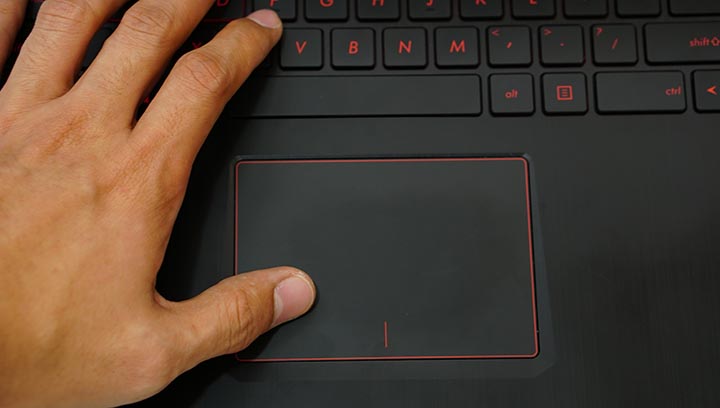 The clickable touchpad has ample space for navigation. It has a red outline that gives accent to the pad and blends well with its overall color scheme. 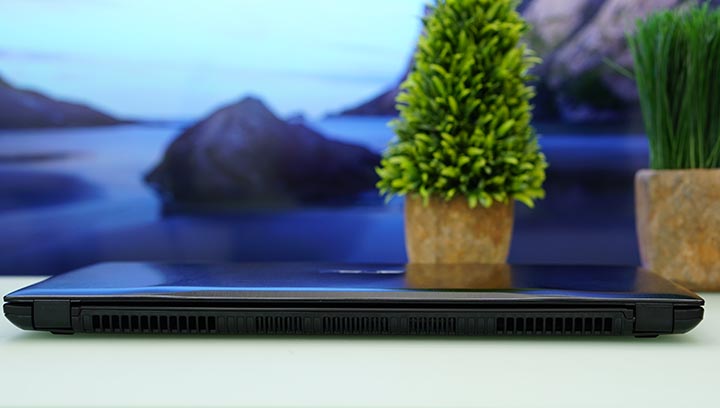 The FX502 is built for portability so the company has limited its weight to 2.2kg including the battery with its profile measuring 23.5mm. This has made it easier for us to transport it and slide it inside our bag. 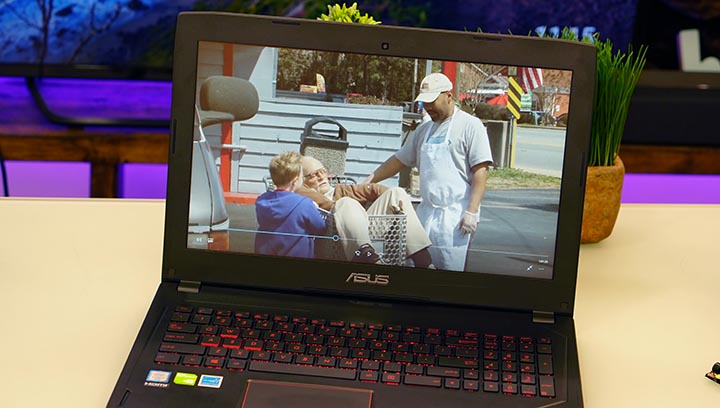 Its 15.6-inch screen is fitted with a Full HD panel that equates to 1920 x 1080 resolution. Colors are not that vibrant but look natural which is a good thing. Brightness is also satisfactory and viewing angles are decent for sharing as ASUS claims images are clearly seen even up to 178 degrees. The sound is produced by its dual speakers situated on the left and right edges of the notebook. They feature ICEpower technology which uses high-performance sound amplifiers. Indeed, the sound could go loud and still maintain a clarity that you can opt to not use an additional set of headphones.

The FX502 is packed with Intel’s 64-bit Intel Core-i7 processor clocked at 2.60GHz. This proved to be a capable performer during our time with it although there were times that it would freeze for a few seconds while using it for video editing. As for gaming, however, we didn’t have any gripes — performance-wise. 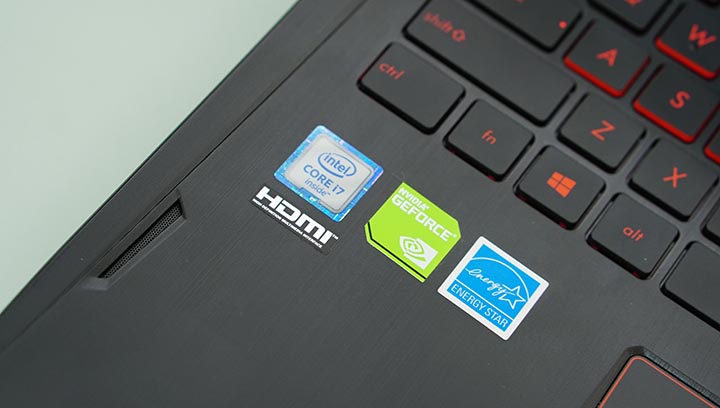 This Windows 10-powered machine is partnered with 16GB of SDRAM which made multitasking a breeze with multiple processes open in the background. On highest settings, we noticed minimal frame drops thanks to the NVIDIA GTX 1060 installed.

Storage is taken care by a 1TB HDD with 256GB of SATA3 SSD for quick boots.

Below are the quick benchmark tests we conducted: 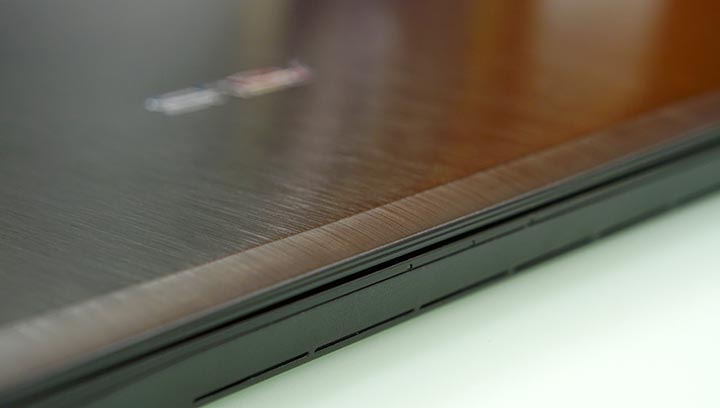 Powering the FX502 is a 4-cell battery that we subjected to our standard battery test. The test involved looping a video on Airplane mode with 50% brightness and volume. We were able to squeeze out 4 hours and 6 minutes from 100% before we needed to charge it again.

The ASUS FX502 is a looker in terms of physique and form factor — it’s got a nice brushed metal look commonly seen on high-end gaming laptops and has great color accents. Its back-lit keyboard is also a plus for gaming even at night. Stereo speakers are effective and can be an alternative to wearing headphones.

See also  OnePlus 5 gets online listing with specs and price

As for its internals, the CPU-RAM-GPU combo made things swift and reliable for gaming although we experienced slight hiccups in other operations. Otherwise, we didn’t have any major gripes using the notebook.

The ASUS FX502 with the mentioned configuration is priced at Php74,995 and allows its users to bring it anywhere, set it up, and play games wherever they are. It is recommendable to gamers who demand portability without having to pay a premium price just to have a capable GPU onboard.

the price is perfect with 1060 version of graphic card.

Can you recommend other good laptops that are as strong or stronger than this laptop at this price range?

Looks like the strix gl553vx rog. Only the specs differ. They got tired searching for incredible. Soup up the specs, use the same body and named it different. Still a winner!

What’s the difference between the FX series and ROG series? It seems to match other ROGs (and even exceed some of them) in raw specs. Is it just portability?