While it does pack slightly older hardware for late-2017 standards, the ASUS ROG G20CB is still a very capable gaming machine that has a nice, compact form factor. Just with any other device we’ve taken a look at thus far, the G20CB’s design does have its strengths, but there are also a couple quirks. Let’s check it out. If you were to put the G20CB beside a tower PC, only then will you see its true space-saving potential. The entire chassis only has a volume of 9.5-liters, and will only occupy about a 4.5-inch by 15-inch rectangular space on your desk. 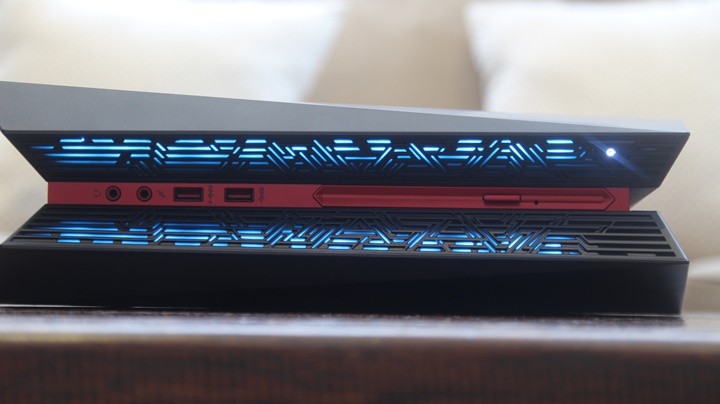 Up front, we see the bulk of the PC’s sharp angular design. If it in itself doesn’t look like an archetypal bad guy spaceship to you, then maybe it’s harder to argue that it doesn’t look like it belongs inside said spaceship. From the top down, we have the lone power button, a slim DVD drive, two USB 3.0 ports, and the headphone and microphone jacks. Along both sides of the front is customizable RGB LED lighting. 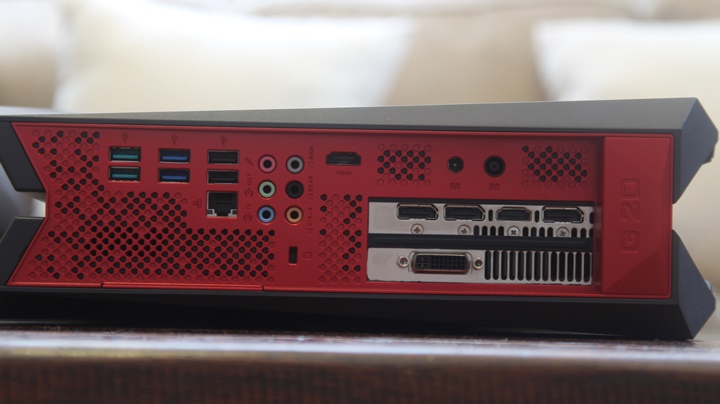 Checking out the I/O at the back, we have two USB 2.0 ports, two USB 3.0 ports, two USB 3.1 (Type-A) ports, 7.1 surround audio jacks and a variety of video outputs that will vary depending on which graphics card your unit comes with. Ours packs a GTX 970, which has three DisplayPort, one HDMI, and one DVI-D. Power is handled by two DC power jacks. Yes, two power jacks. The small form factor of the chassis comes at a price, in that instead of an internal PSU, power delivery is handled by a two-stack of power bricks. One of them exclusively feeds the graphics card, while the other one feeds the rest of the system. This setup forces you to free up an extra outlet, but it’s the price you pay for the compact form factor. 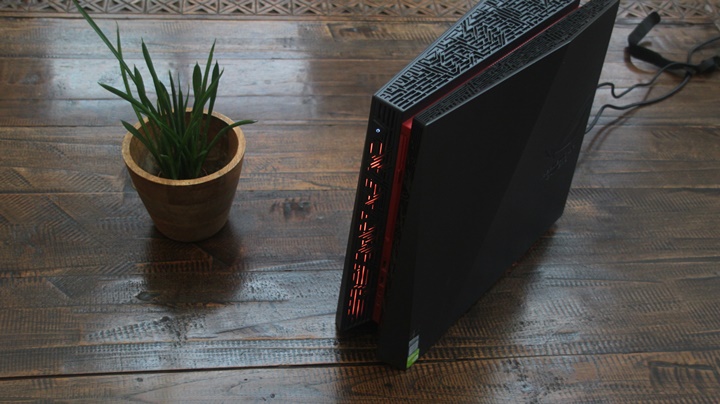 We’ll be taking a closer look at the G20CB in the coming days. Stay tuned for our full review wherein we will be diving inside the chassis, as well as testing the performance and thermals.