ASUS isn’t letting CES 2018 (Consumer Electronics Show) pass by without announcing a slew of different items and devices under their Republic of Gamers brand. This includes new laptops, a desktop, and even some colorful new peripherals. Check out the company’s first line-up of gifts to the world of gaming this 2018. First up on the list is a limited edition laptop that ASUS developed in collaboration with one of e-sports most illustrious teams, SK Telecom T1. The ROG Strix SKT T1 is basically a reskinned version of the company’s GL503VM Hero edition laptop. The cover of the laptop showcases SKT’s logo along with the traditional ROG symbol and Faker’s (2017 Game Awards Best e-sports Player) signature down at the bottom right corner of the keyboard palm rest. Other than that the laptop also comes bundled with SKT collectibles such as a team jersey, mouse pad, and a set of team posters. Nothing else was changed in the notebook except for its design, so it’s still powered by Intel’s 7th generation core i7 processor, Nvidia’s GTX 1060 GPU, a 15.6-inch 120hz IPS display, and a 4-zone RGB backlit keyboard. (Full specs of the laptop can be found here) Next up is the ROG Strix G703, a hulking laptop with the world’s first 17.3-inch 144hz display. This may very well be the company’s flagship for this year unless they create a follow-up to 2016’s GX800 liquid cooled laptop. The notebook, if it can even be called as such, is powered by Intel’s 7th generation i7-7820HK overclockable CPU, Nvidia’s GTX 1080 GPU (also overclockable), a per-key RGB keyboard, and a 17.3-inch Full HD 144hz G-sync wide-angle display.

Apart from its high refresh rate panel and powerful internals, the new ROG laptop also showcases what ASUS calls as an Anti-Dust Cooling (ADC) system. This cooling system allows the laptop to eject dust, dirt, and other particles through two dedicated channels on its chassis to prevent build-up and improve heat dissipation without the need for constant internal re-cleaning. The company is also promising that this patented cooling system will come to future generations of ROG laptops. (Check out the full specs of the laptop here) 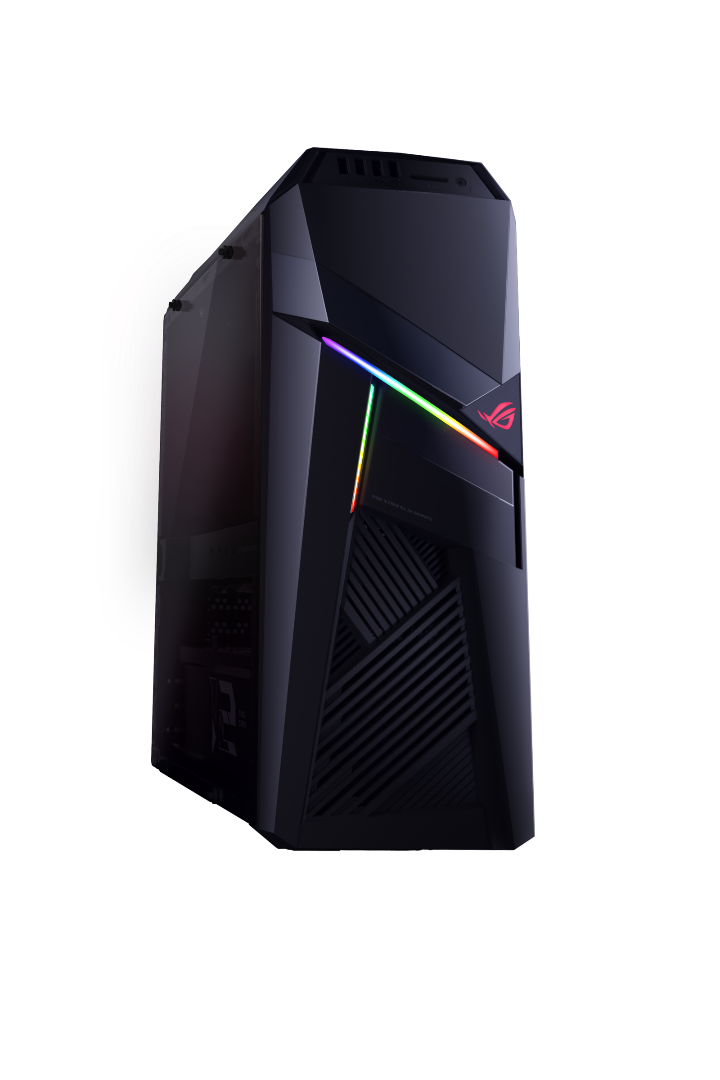 This time let’s take a look at ASUS’ first desktop offering for 2018, the ROG Strix GL12. The desktop is encased in a custom built enclosure with an aggressive angular design, a transparent side panel, and built-in RGB lighting that can be controlled via Aura Sync. Underneath the custom-built ROG case is an 8th Gen Intel Core i7 CPU, Nvidia’s GTX 1080 GPU, up to 64GB of DDR4 RAM, and a water-cooling block. It also features an expansion bay for different storage configurations and an e-sports ready easy-swap SSD tray. Other than that, ASUS is also promising that Aura Sync lighting will be included in subsequent ROG desktops. (Check out the full specs of the desktop here) 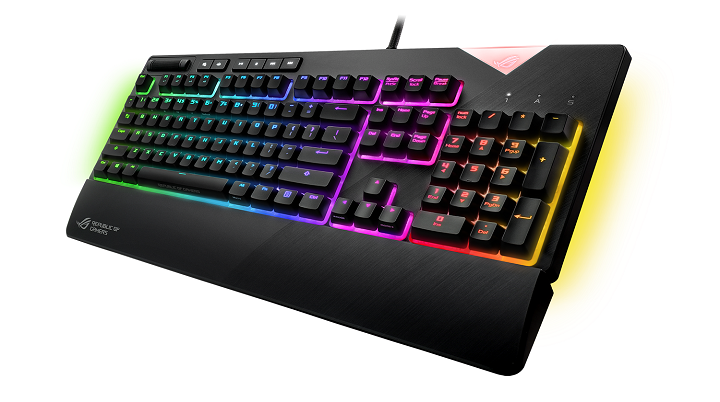 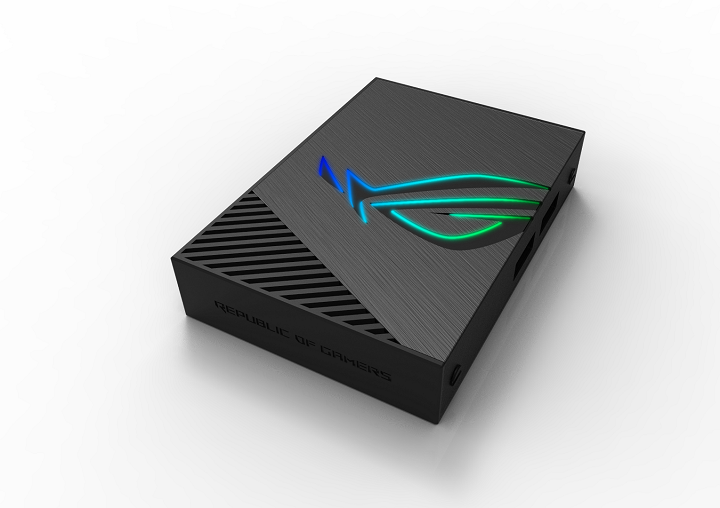 Now, this is a pretty interesting tech from ASUS and is rightfully made as they are pushing their Aura Sync technology quite strongly this year. The Aura terminal, as the name implies, is a quad-channel RGB controller that enables users to synchronize their Aura enabled devices. Apart from that, it features what ASUS calls ROG Halo technology. Apart from their ROG Aura terminal, ASUS also introduced another peculiar piece of tech — The ROG Spotlight. It’s as the name implies, it is an RGB lighting accessory used to shoot out the ROG logo, think of the bat sign only this time it projects ASUS’ ROG branding. Apart from shooting out the ROG eye, the device also features 360-degree adjustments and can synchronize with Aura Sync enabled devices. 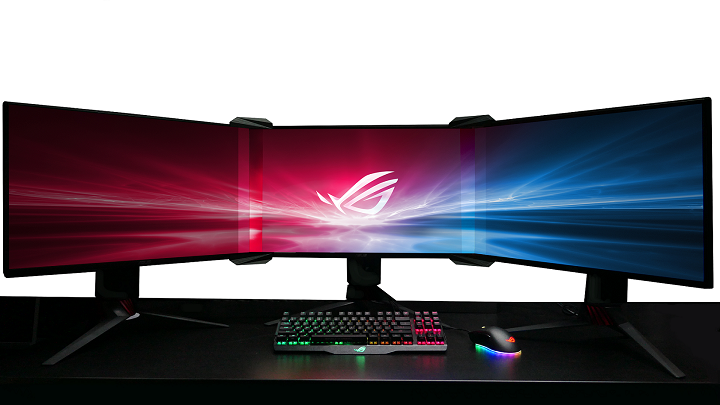 Last on the list of items is an accessory ASUS is calling as a Bezel-free kit. Basically, this set of accessories will virtually remove the caps present in multiple-monitor setups to create one seamless and large monitor. The kit is able to remove the gaps on the monitor by using light refraction to make the edges disappear to the viewer. It will consist of vertical lenses and easy-to-attach mounts that connect to the monitor at a 130-degree angle.

While not really a device or item, ASUS is also offering up the Aura SDK program this year. This program will allow developers and hardware manufacturers to integrate Aura lighting support into their software and devices.

Local availability and pricing of these items and devices are yet to be announced. We’ll have to wait for ASUS Philippines’ official statements.