If you’re reading this, then you’ve probably realized that your ISP’s stock modem/router is not enough for your needs. You might not be satisfied with the speeds you’re getting via WiFi, or it doesn’t have the features that can help you improve your internet experience, especially in gaming. For enthusiasts and for those with advanced needs when it comes to their home network, ASUS ROG has the Rapture GT-AX6000. Read our hands-on below. The ROG Rapture GT-AX6000 doesn’t look like your typical router. If you’ve seen a gaming router, this is definitely within that area and could be one of the sleekest gaming routers you’ll see out there (especially the EVA Edition). 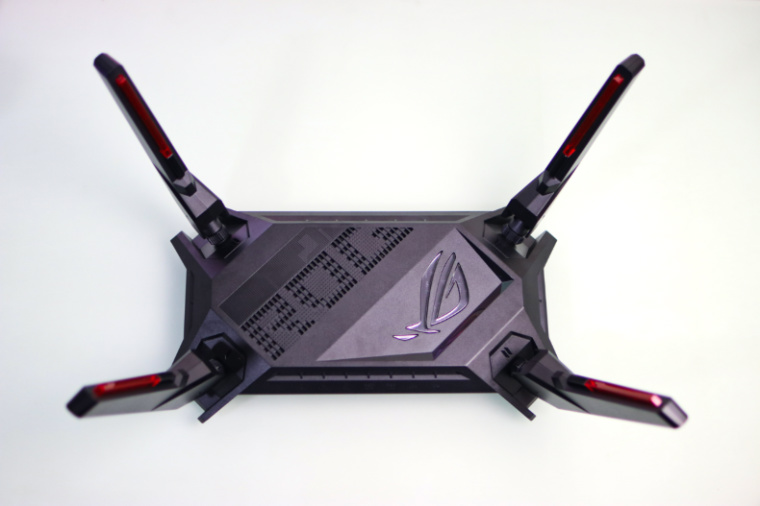 The router’s design is alien-like, with sharp angles and corners. It has vents at the top, sides, and bottom. It’s also a large router and is almost twice as large as a regular router. 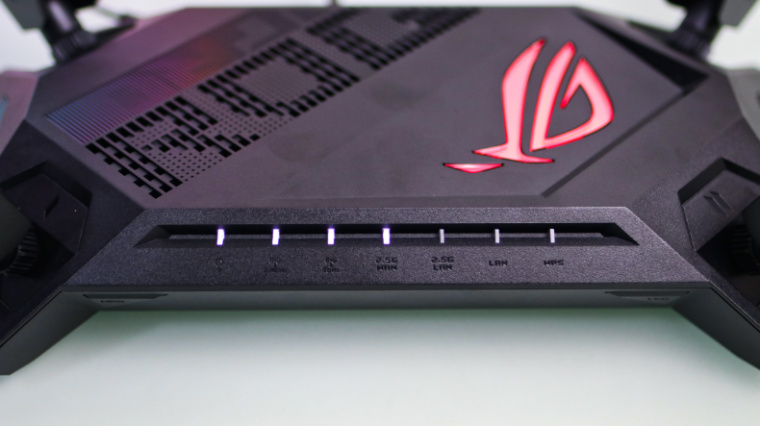 The front side has the LED indicators, then placed just below it are physical buttons for the ROG logo RGB and WPS. 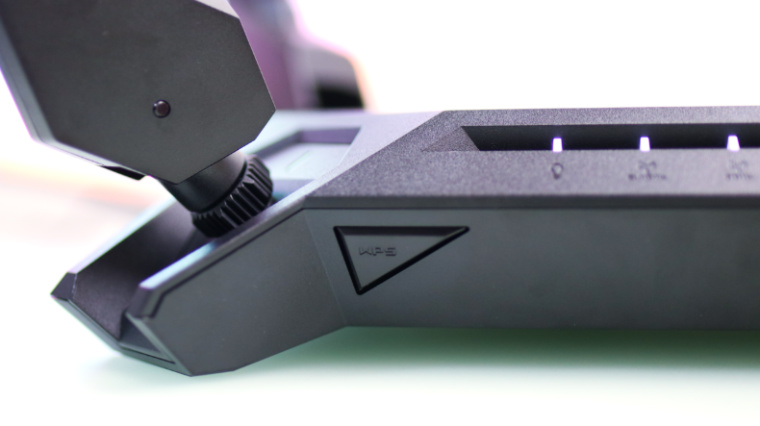 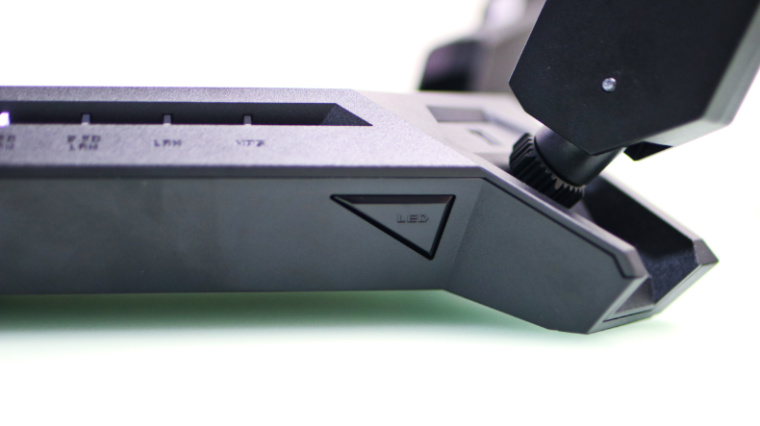 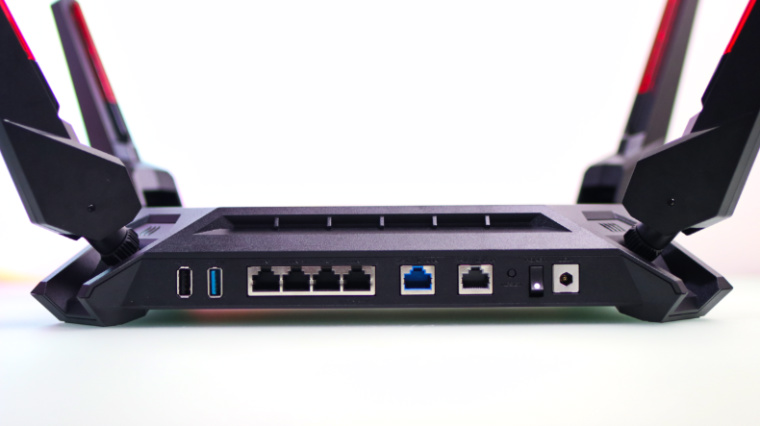 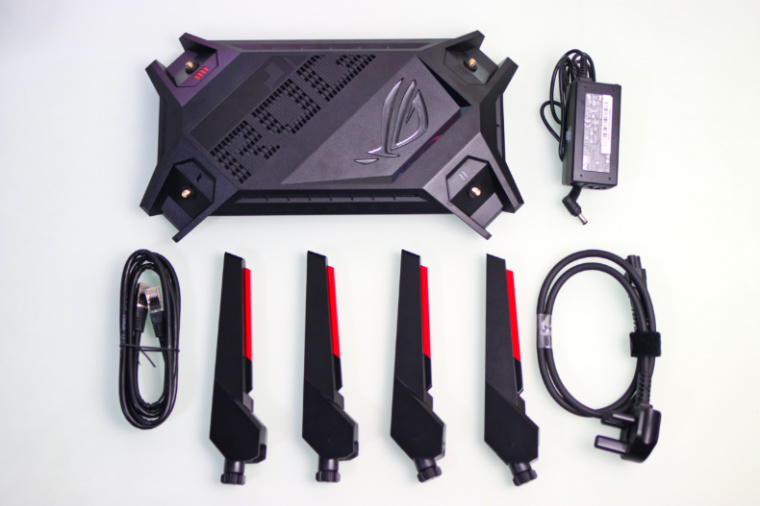 You can now proceed with the rest of the setup via the ASUS Router app or the web browser. There’s a setup wizard for each platform, so all you need to do is follow it. In our case, we were able to have everything running in about 15 minutes. When it comes to features, one of the first things you’ll enjoy is expanded WiFi coverage with the help of ASUS RangeBoost Plus which takes advantage of the flagship Broadcom WiFi chipset, quad-core CPU, and ASUS RF technology to improve the overall coverage by up to 38% compared to a router without RangeBoost Plus. 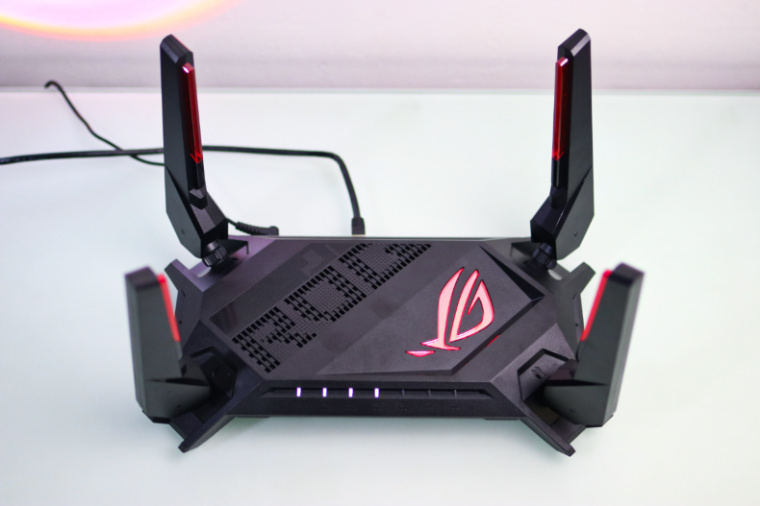 In our experience, we can notice the improved coverage as there were areas in the house that are now covered that can only be remedied before with a mesh. Speaking of mesh, the GT-AX6000 also supports AiMesh, so you can use an old ASUS AiMesh-compatible router to further broaden the coverage. It also supports dedicated wireless backhaul for mesh routers like the ZenWiFi XT8.

Another feature worth noting is its flexible network port functions. The Dual 2.5G Ethernet ports allow you to connect your modem’s connection, while the other will work as a dedicated port for your gaming PC or laptop for prioritized connections. It also supports link aggregation and load balancing, WAN Aggregation that lets you combine a 2.5 Gbps port and a 1 Gbps port for 3.5 Gbps WAN bandwidth, and LAN aggregation that lets you bond two 1 Gbps LAN ports for a 2 Gbps LAN connection. 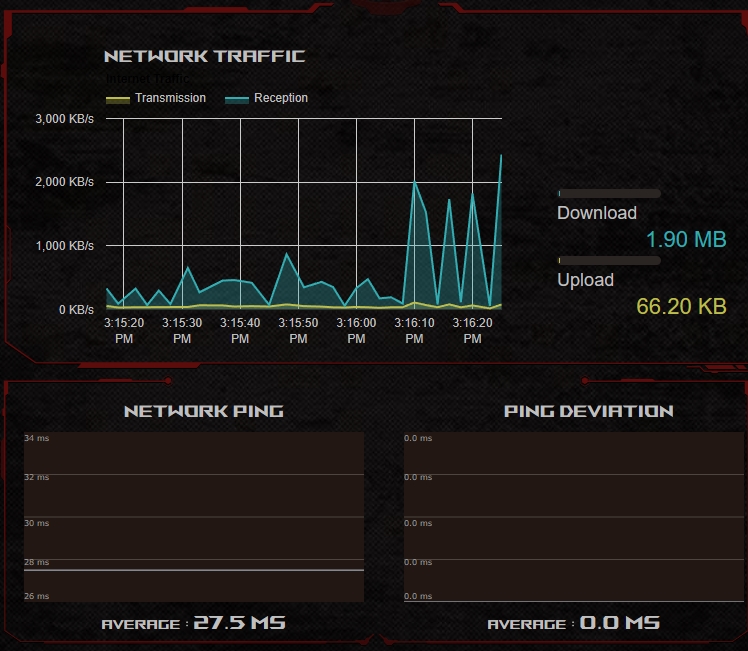 One of the reasons you’re getting this kind of router is its gaming features. As expected, the GT-AX6000 has powerful ones, not just for PC but for mobile and console gaming as well. There’s Game Device Prioritization which lets you select the devices in your network that is used for gaming and prioritize network traffic to it, Game Packet Prioritization which works like QoS and prioritizes games over other internet activities such as web browsing and media streaming, and Gaming VPN with VPN Fusion so that the connection chooses the shortest path to the game server. If you’re using the ASUS Router app, there’s also the Mobile Game Mode to minimize lag and latency while mobile gaming. 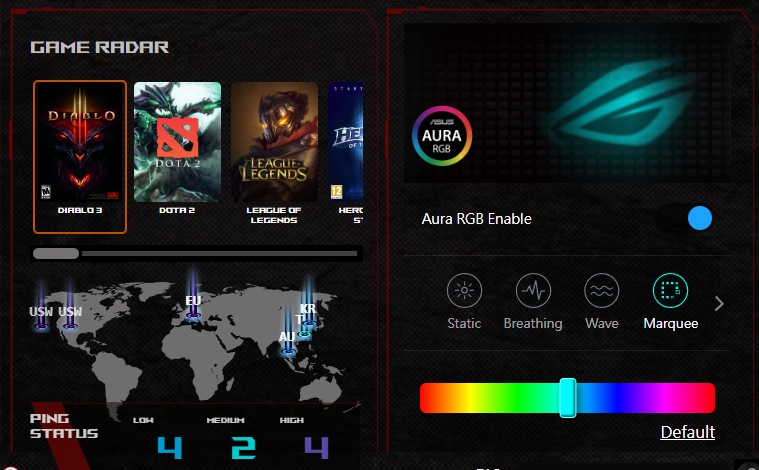 Other features that you might enjoy would be the network traffic dashboard and analyzer so you can see in real-time the traffic behavior, network ping, and ping deviation. You can also go in-depth and see stats about your network like daily traffic average and which devices consume the most bandwidth.

The dashboard can also present the pin status of popular games to see if the network conditions are ideal for competitive gaming. However, not all games are available. Lastly, there’s a tool that lets you tweak the light effects of the Aura RGB on the router.

When it comes to performance, the internet connection via wired is superb. The router is placed on the 2nd-floor Master Bedroom. When connected via LAN, we’re getting our subscribed speed of 700 Mbps. On WiFi 6 5GHz, most of the time we get between 600 to 700 Mbps, and moving downstairs to the living room and we’re getting above 500 Mbps, which is still not bad. Moving further away to the kitchen gets us 200 Mbps, which is understandable as the signal has to pass through 2-3 walls. Steam downloads from downstairs get us a steady 70 MB/s which is still good. 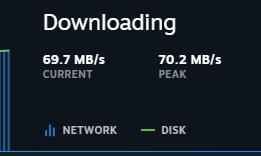 The features we mentioned are just some of the things that the GT-AX6000 can do. If you have used other ASUS routers, you can find some of its features here as well such as AiProtection Pro powered by Trend Micro, WPA3 Security Protocol, and Advanced Parental Controls. Other features include Game Radar, WiFi Radar, Open NAT, Guest Network, AiCloud 2.0, and Amazon Alexa support, to name a few.

The ASUS ROG Rapture GT-AX6000 is priced at PHP 22,550 (see Lazada listing here). It’s an expensive router and aimed towards a specific market. If you have a very fast fiber internet connection and running a household or establishment that has competitive gaming requirements, this router is worth having.