When you talk about convertible notebooks or 2-in-1s, it’s difficult not to mention ASUS. The Taiwanese company has always been in the forefront when it comes to these kinds of PCs with their Transformer Book Series. And one good example from that family is the Transformer Book T300FA. 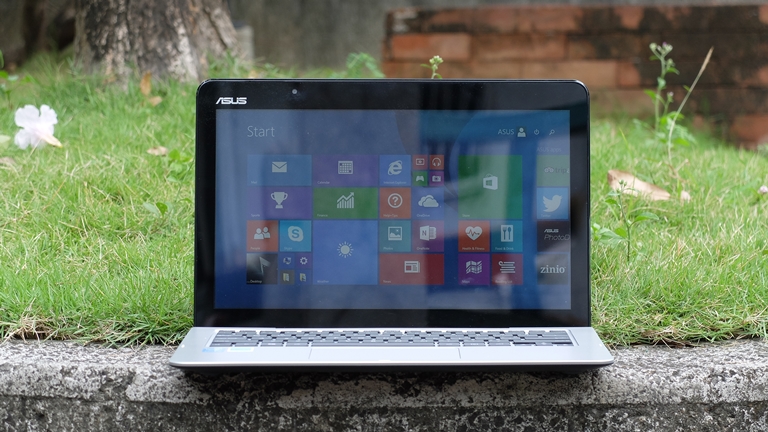 The ASUS Transformer Book T300FA first launched in the country back in April. It sports an Intel Core M 5Y10 processor, 4GB RAM, and a 64GB SSD paired with a 500GB HDD.

If you’ve encountered other Transformer Book devices from ASUS like the T100 or the T200, then you will notice the resemblance when it comes to design and build. Majority of its body is made of high-quality plastic with the top lid having a textured concentric circle design while the inside where the keyboard is, has a metallic finish for that premium look and feel. 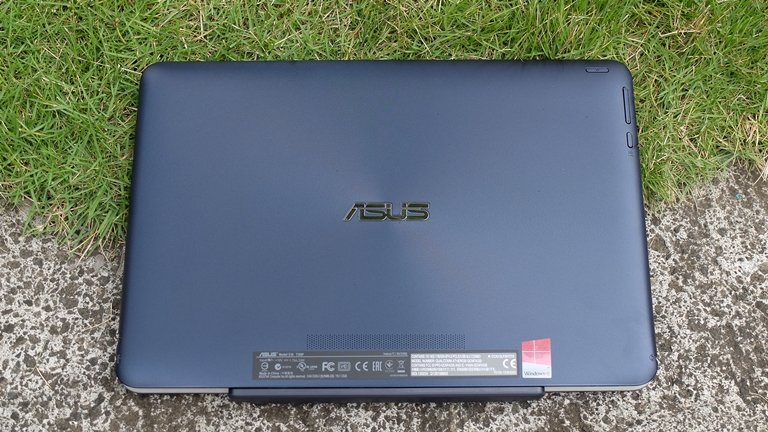 The T300FA has a 12.5-inch display surrounded by fairly thick borders. Above it are the HD web camera and the ASUS branding. On the left is the combo audio jack while on the right are the micro HDMI and the power port. 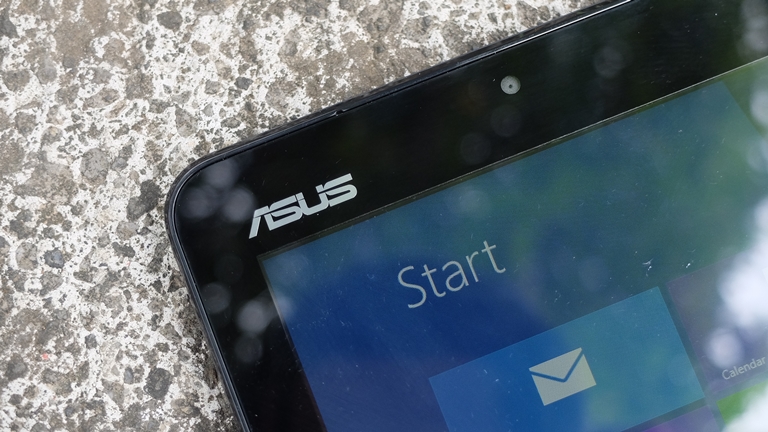 Down at its bottom, located on the far left and right sides are the microUSB port and microSD card slot which is a very odd placement as you will need to put down the display or detach it when you’re inserting a device. Placed in between are the slots and the port which connect it to the keyboard dock. 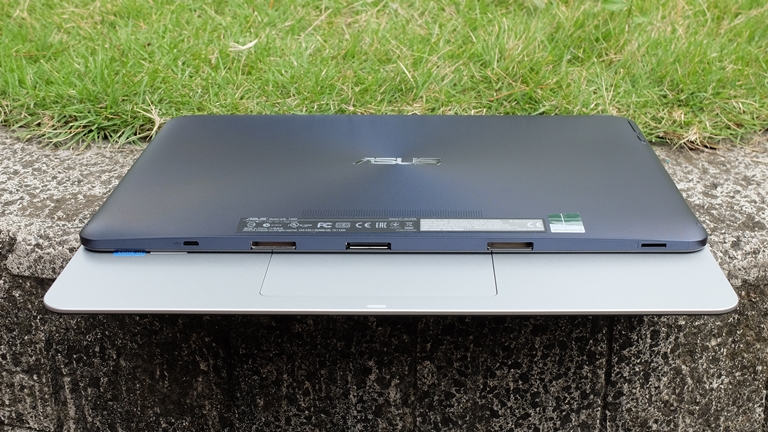 Going back to the top lid, here you will see the metallic ASUS branding in the middle, found on the upper right corner are the Power / Lock, volume, and Windows Home button. 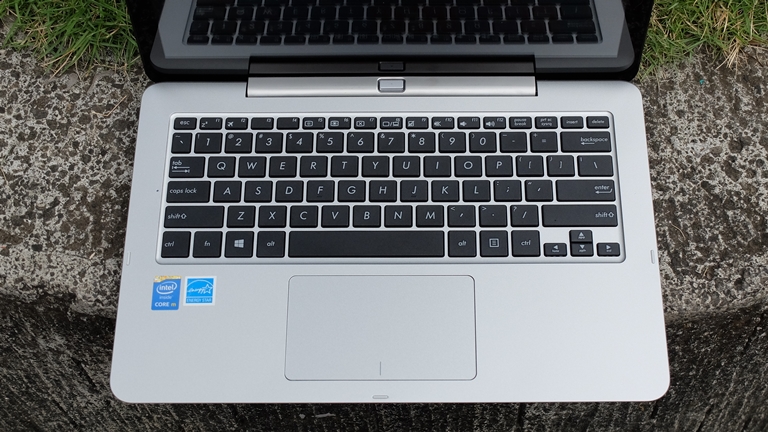 Looking at the keyboard dock, we have the chiclet keys which are sufficiently spaced, quiet, and a joy to use. The only downside we see here is the lack of backlighting for those times we need to work in a dim environment. Found on the left and right-hand side of the dock are the USB 2.0 and USB 3.0 ports. 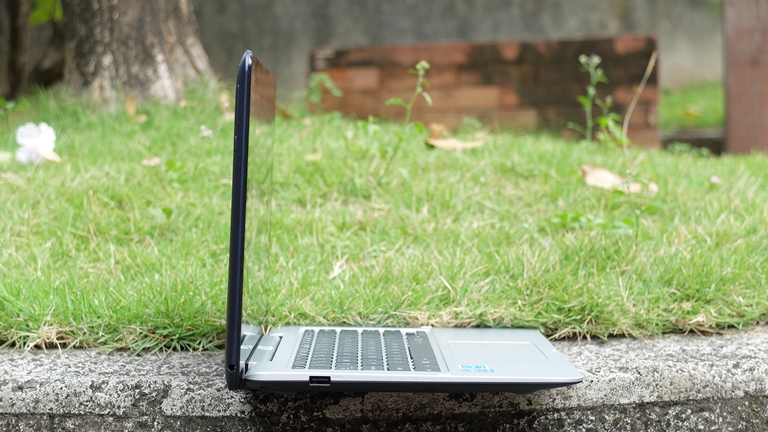 Below the keys is the trackpad. It’s relatively large, almost the same width as the Macbook Air’s, but shorter. It’s sensitive and responsive as we can easily move the cursor across the desktop with one swipe. The left and right buttons are clicky but sound a bit plasticky. 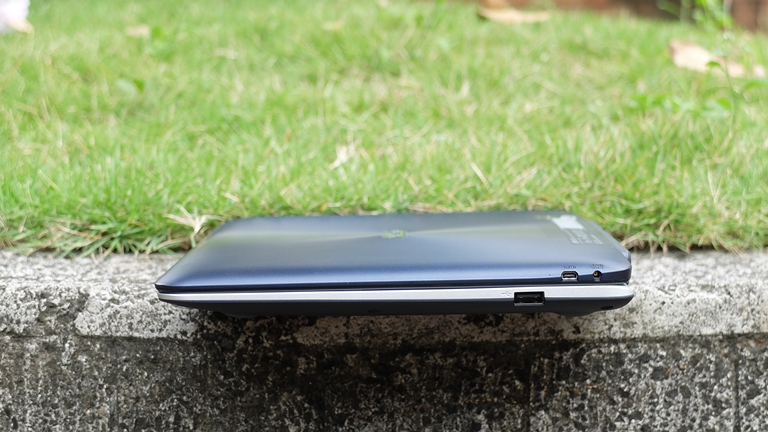 On hand, the tablet part is light enough to be carried around, weighing at 0.8kg, which is nice if you want to move around the house while checking your social media accounts. The keyboard dock weighs the same but together it gives us a total of 1.6kg which is pretty hefty. Good thing this is a convertible.

The T300FA features a 12.5-inch, 16:9, HD (1366 x 768) display. The screen is vibrant with great colors. It’s not exactly pixel-packed like other high-end notebooks but we think it’s okay as the size is very much sufficient for daily tasks like browsing, working on documents, or some movies. Viewing angles are okay but the brightness is not strong enough when used outdoors. 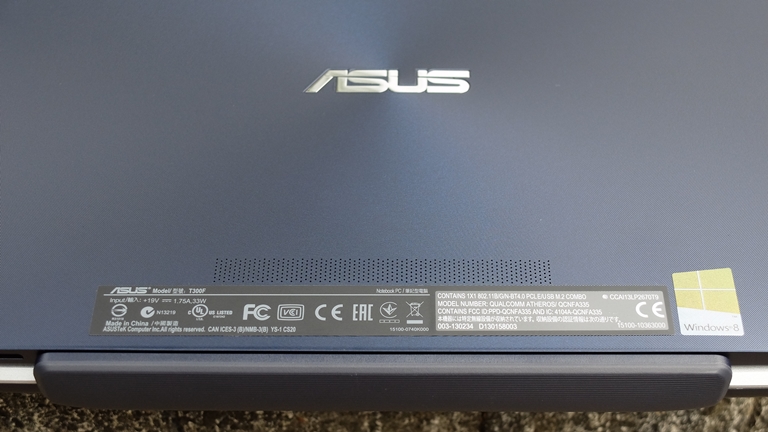 As for the rear-firing speaker, the sound quality is crisp with rich detail but lacking when it comes to bass. It feels like it’s more inclined in producing clearer vocals which is important when doing video conferencing. Loudness is okay but it would have been more audible for the user if the speaker is placed on the front or sides instead of at the back.

Since this was launched in the country in April, the T300FA still comes with Windows 8.1 out of the box. It’s not a bad thing since you can still upgrade to Windows 10. The only downside is the huge download which is only an issue if you have a slow internet connection. 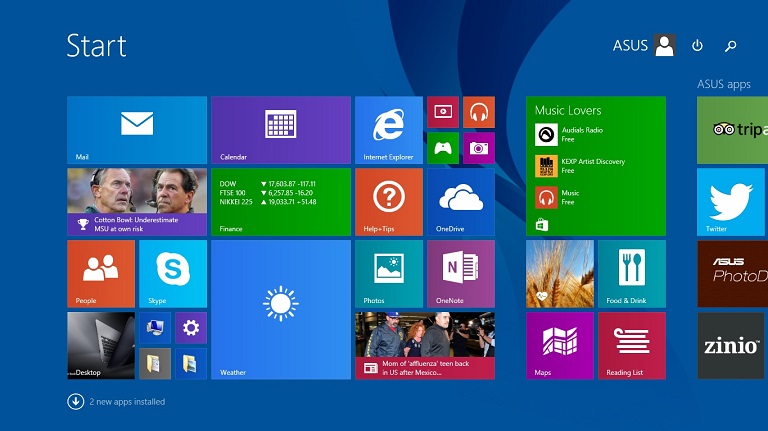 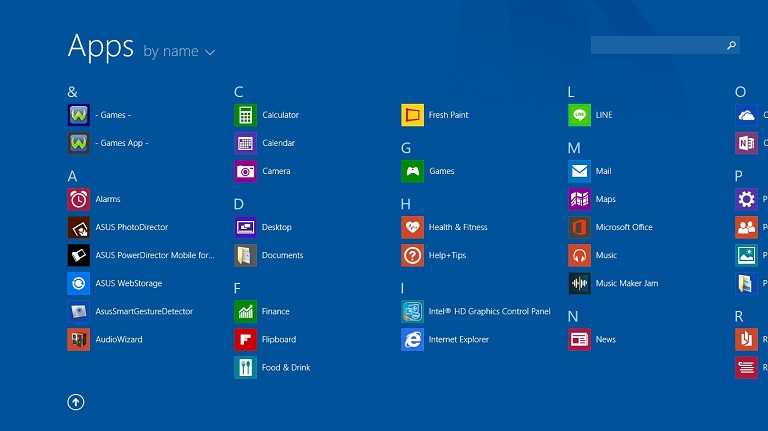 Storage-wise, the T300FA has plenty with 64GB SSD on board the tablet and another 500GB on the keyboard dock. Out of the box, the SSD has 43.4GB of usable storage out of the 64GB while the HDD has 465GB of usable space.

Powering the T300FA is Intel Core M 5Y10 processor clocked at 0.80GHz, Intel HD Graphics 5300, and 4GB RAM. Performance is good as the system runs without hiccups or crashes. The SSD also plays a big part in running things smoothly as it is faster than your conventional HDD. As much as possible, try to install your important applications here. 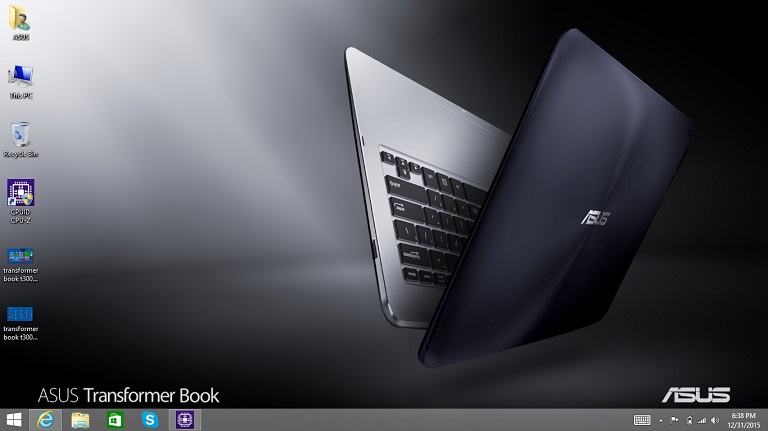 Since this doesn’t have a dedicated GPU, we wouldn’t recommend using this for heavy gaming. The configuration alone screams productivity and portability and not GTA V or Fallout 4. But if you’re into Adobe software and MS Office, the T300FA will be able to handle those. One thing we’d like to add though is that it gets uncomfortably warm on the right-hand side even we’re just web browsing.

Providing juice for the convertible is a 2Cell 30 Whrs Polymer battery which ASUS claims on their website to last for a whole day. True enough it was able to last a whole day (about 8 to 9 hours) when we’re sporadically blogging and web browsing on it then closing it afterwards without shutting down. 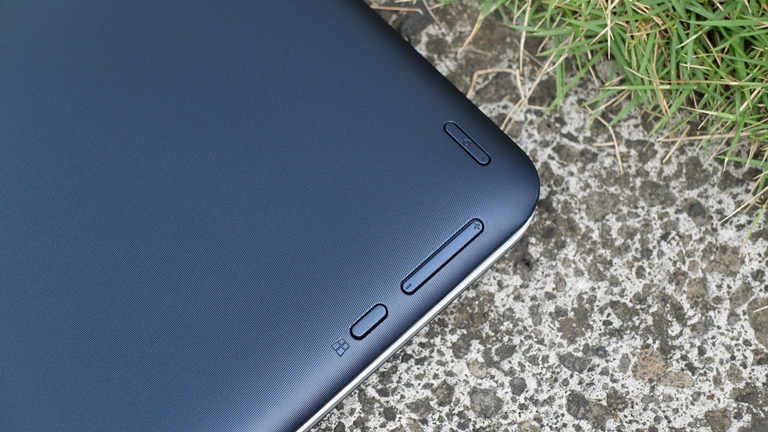 As for continuous usage which means heavy social media managing, web browsing for stories, and blogging, with brightness set to 50%, we were getting a little over 5 hours before it prompted us to charge.

The ASUS Transformer T300FA is a nice-looking yet capable device aimed at those who want to mix versatility and productivity. If you want some work done, the keyboard is really nice to use while the display is more than enough for your needs. We’re expecting more from the battery though but can still be considered decent. Performance-wise, it’s not a gaming PC but it can take on your usual productivity tasks and will surely get the job done. 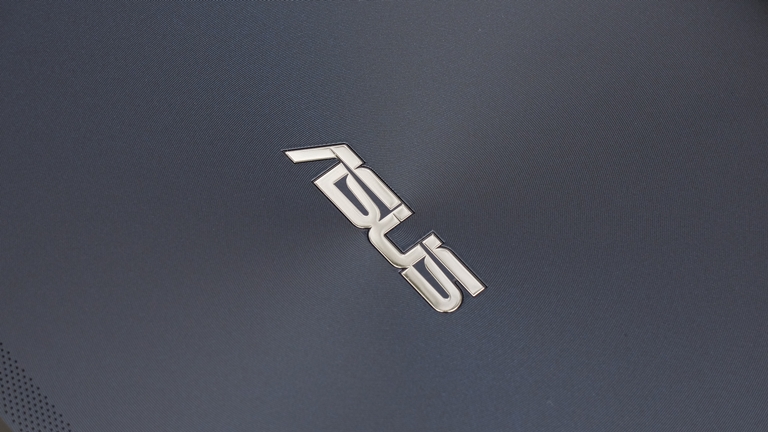 What we liked about it:
* Good build and design
* Good performance
* Detachable keyboard
* Extra HDD on keyboard dock

What we didn’t like:
* Tablet part gets warm
* Average battery life
* Display is weak outdoors