After seeing the current notebook PCs under the Vivobook family, we thought that it’s only going to be a matter of time before ASUS releases a 13-inch variant. True enough, the Taiwanese firm reveals the Vivobook S301; a Haswell-powered 13-incher with an optional AMD Radeon GPU.

Judging from the pictures we’ve seen online, the Vivobook S301’s bears the same MBP-inspired design and feel of the Vivobooks that came before it, particularly the Vivobook S400C which we reviewed just recently. 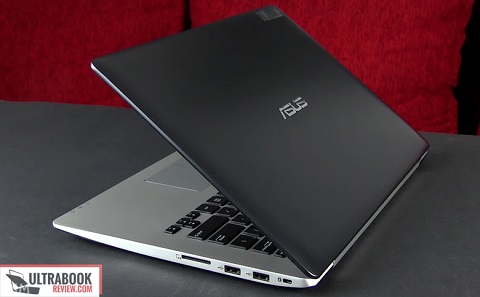 It also has the same set of connectivity features of its 14-inch sibling such as Bluetooth, Wi-Fi and Ethernet, as well as the ports for USB (2.0 and 3.0), Micro-SD slot and HDMI. Besides the size, the S301’s display is also pretty much identical to the one found on the S400C

The base price of the Asus Vivobook S301 is pegged at USD700, which we assume has an Intel Core i3 (Haswell) processor, 500GB HDD and 4GB RAM. For an additional price, however, you can customize this notebook to have a better processor (i5 or i7), higher RAM (up to 8GB), bigger storage (up to 1.5TB perhaps) and equip it with a discrete GPU.

For a more in-depth look at the new ASUS Vivobook S301, you can head over to the source link below.