ASUS officially launched a trio of ZenPads last week which include a budget-centric entry dubbed as the ZenPad C 7.0 (Z170CG) which only costs Php5,995 a pop. 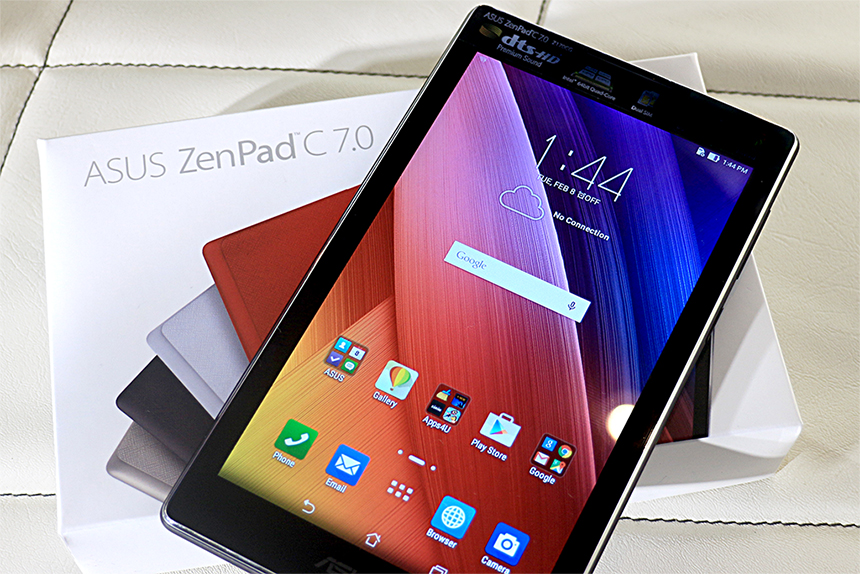 There’s a distinct design theme that is inherent to all of the ZenPads that was locally launched – clean and minimalist build with a dual-texture back panel. Hence, at a distance these tablets, especially the two 7-inchers, are almost indistinguishable to one another.

Yet there are some subtle subterfuges that differentiate these models from each other, and you’d really have to be up close and personal with the tablets to spot it. 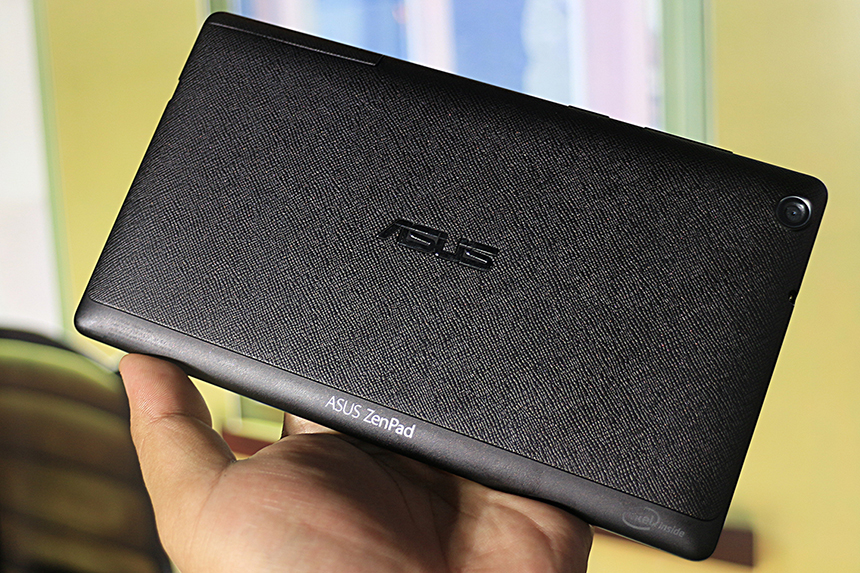 Case in point is the ZenPad C’s non-removable back panel. The covers on both the ZenPad S 8.0 and the ZenPad 7.0 can be swapped with a different one if the user wish to do so, but they’re pretty much stuck with whatever cover it comes with if they opt for the ZenPad C.

And since the cover on this tablet is not replaceable, the two SIM card slots and the microSD card slot are moved to the right side of the tablet – hidden from plain sight by a plastic flap. 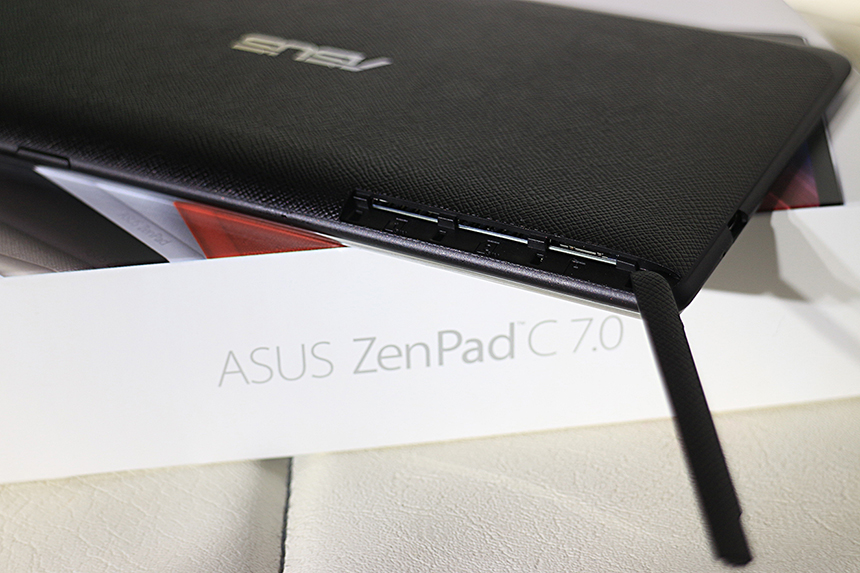 Judging by the orientation of the company logo, as well the other markings on the tablet, the ZenPad C is intended to be used in landscape mode.

This also explains the placement of the other external components like the camera, microUSB port, and audio jack – all of which are off-center and are slightly leaning to the right side of tablet when held upright.

Meanwhile, the power button and the volume rocker are situated around the right edge of the ZenPad C.

Overall, the ASUS ZenPad C 7.0 looks very presentable which is a rare feat for a tablet at this price point. The textured back cover creates a traction that makes it easier to hold the tablet in any orientation and it adds a distinct character to the tablet (and other ZenPads for that matter).

The fairly thick bezel surrounding the 7-inch display (not to mention its paltry resolution) may be an eye-sore to some, but it makes up for it in other aspects like two SIM card slots, 3G connectivity, DTS surround sound setup, a new Intel Atom x3 processor, and a competitive price tag pegged at Php5,995.