Coby has about 2 dozen tablet SKUs already out in the local market (the most in any brand) and it’s also bringing in Intel Atom powered ones this coming June (Coby MID5140).

Based on documents we received, the Coby MID1054 will run on an Intel Atom Z2460 1.6GHz. It’s only a single-core processor but has Hyperthreading so it acts like it’s dual-core. The last device we saw running a Z2460 is the Motorola Razr i XT890 and the benchmarks were really good. 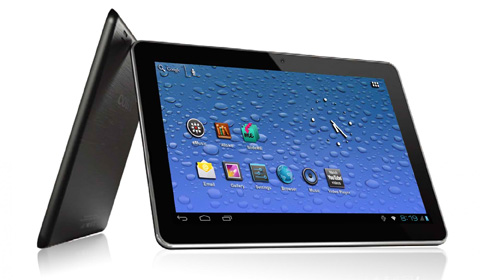 We’re not sure about the graphics but it could also be a PowerVR SGX540 just like the Razr i.

Coby promises up to 8 hours full HD video playback on a single full charge. We’ll check out a demo unit tomorrow and share with you performance and benchmarks. The unit is expected to be released in the Philippines this June and will retail for about Php12,995.