Ekotek gave its tablet line a new member with better specifications plus 3G-capabilities. Can the Ekotab Encore 3G uplift the Ekotab family? Read our quick review and find out.

The Encore 3G has great resemblance with its predecessor, the Encore 2. It is a rectangular tablet with a plain front and minimal back design.

The front is dominated by the 7-inch display, placed above it are the earpiece, front-facing camera and the proximity sensor hiding somewhere in the black bezel. Sitting quietly at the bottom is the microphone. Speaking of the bezel, the tablet has plenty of it but it allows you to grip the device properly without touching the screen. 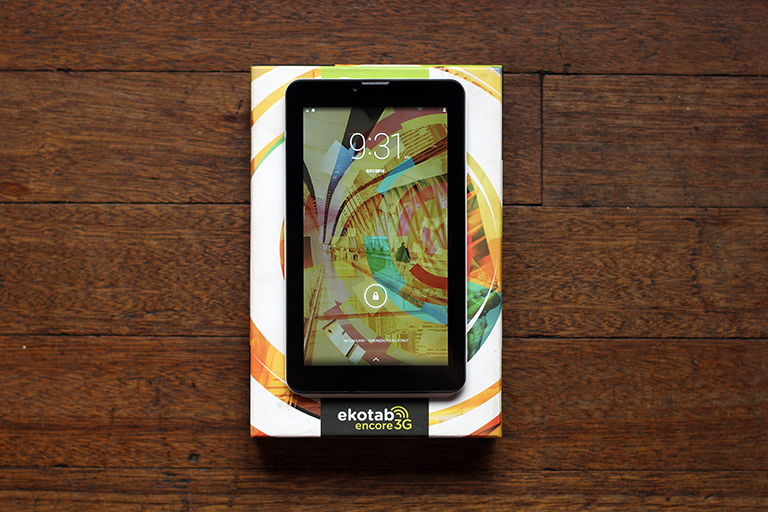 Its right side has the volume rocker and power/lock button. Moving to the back reveals the main camera, loudspeaker, and Ekotek logo along with some other markings. The top part can be removed to give access to the SIM card and microSD slots. 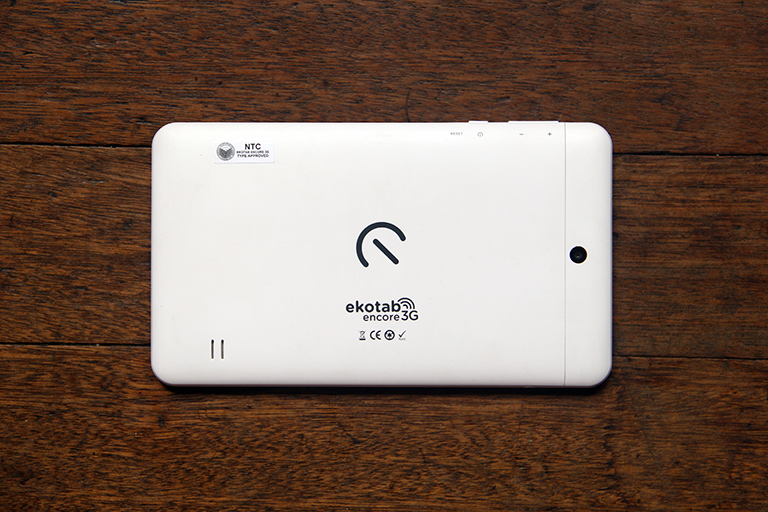 Ekotek did a good job in giving the Encore 3G a clean design and good build. On the downside, the white rear panel seem to attract dirt and smudges easily but you can simply wipe it clean.

It still sports a 7” display with a resolution of 1024 × 600 pixels but now with an IPS panel, a step forward compared to the predecessor’s sub-par TFT screen which is notorious for having horrible viewing angles. The issue with improper scaling of the UI is still present. The icons are vertically stretched but not totally ugly. 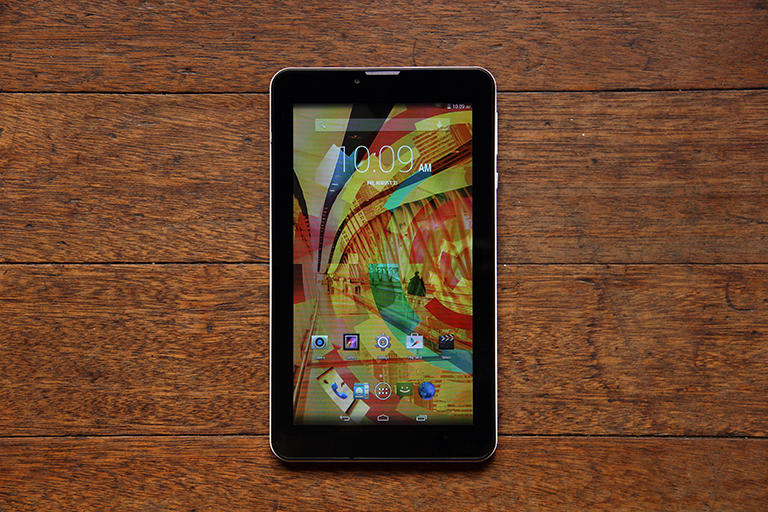 For a cheap tablet, colors are of average quality with just right amount of punch. The whites on the other hand, has a gray tint even at maximum brightness. Sunlight legibility is mediocre due to the weak brightness of the display. Try to find a shade if you want to use this outdoors.

Like any budget device in the local market today, a two year old version of the Android KitKat powers the tablet. While Android 4.4 is able to run smoothly, it would be nice to see the latest version on-board since Ekotek has no customization over the interface. 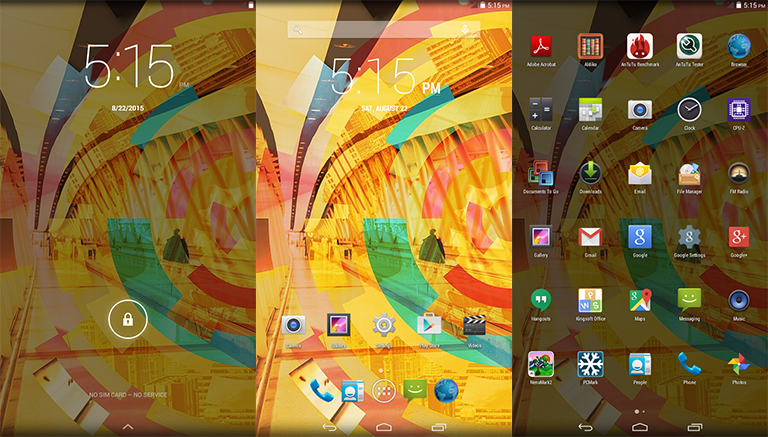 There’s nothing new to say in this segment. Again, since this is Android, so you’ll be able to customize the UI and make it smoother with the use of simple and straightforward launchers available in the Google Play Store.

Equipped with an improved 5-megapixel shooter, image quality is average at best in both stills and videos. 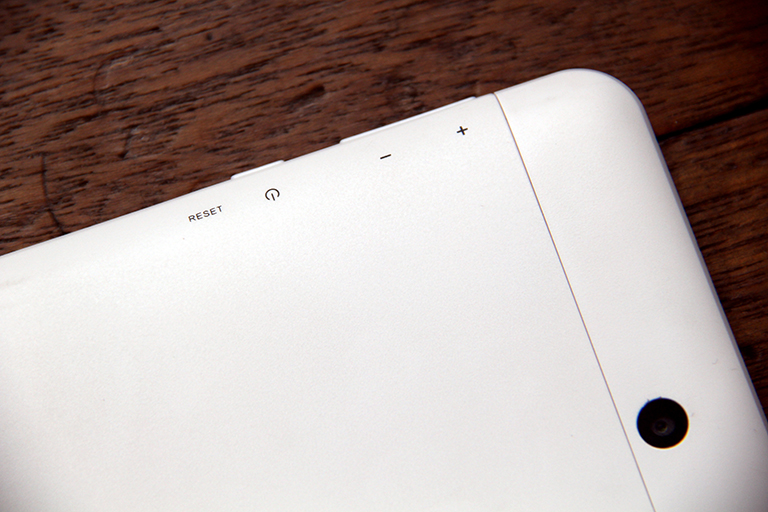 With sufficient light, output from the rear camera has respectable quality. Indoor shots were a bit murky. It records 1080p videos but in 3GP format. The 2-megapixel front camera would suffice for video calling but not selfie worthy.

Check out these samples for your own judgement:

A 1080p video might be an overkill for its screen resolution but it played fine with the default video player or even with MX Player and VLC. Sadly, the loudspeaker is not loud enough so a good pair of headphones is recommended.

As its name suggests, this tablet has a cellular radio on-board as well as Wi-Fi, Bluetooth, and GPS. It can take two mini SIM cards at the same time but only one can use 3G. It supports SMS, MMS, voice calls, and native video calling. The earpiece, however, sound very soft and a bit tinny. If you plan to place a call, you may want to use an earphone. Besides, we all know that placing a 7-incher against our face during calls doesn’t look savvy.

With its modest quad-core CPU and 1GB of RAM, a decent performance can be expected from the device but only for light tasks. Casual gaming is fine on the Encore 3G. We played PBA Philippine Slam with no hiccups during game-play. Multi-tasking can be done with little lag and there are no major issues with overall usage. Of course, we did our benchmarking and here are the socres:

Using the PC Mark battery test, we were able to get 3 hours and 43 minutes from its rather small 2,500mAh cell. We noticed that the battery holds up for days when on standby which is nice!

In the end, we can say the Encore 3G was able to surpass its predecessor with a better camera, improved display, higher RAM and let’s not forget the additional 3G connectivity. With an asking price of Php4,799, it’s not bad as a secondary tablet if you’re in a really tight budget but if you’re after good cellular features, you’re better off getting a smartphone instead. 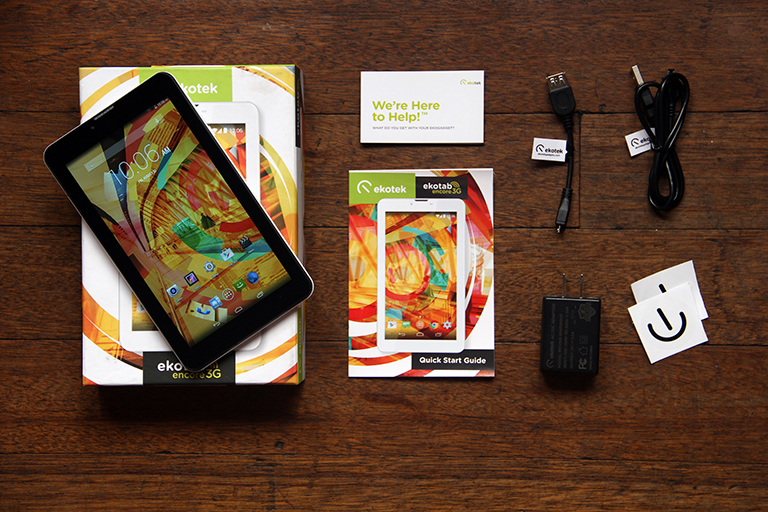