After its brief appearance on HP’s official website back in April, the company has now formally unveiled the HP Slatebook – a 14-inch laptop which runs on Android Jelly Bean and is powered by NVidia Tegra 4 processor with 2GB RAM and up to 64GB of on-board storage. 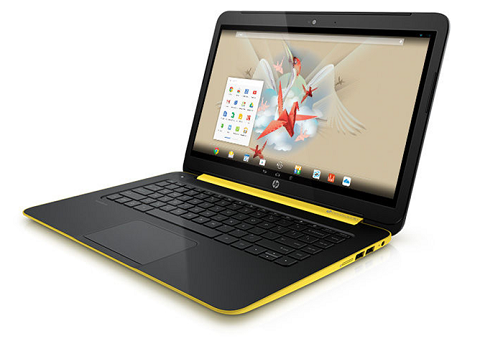 The new HP Slatebook is slated to go on sale in US starting on the 20th of July and the base configuration will set you back USD399 a pop.