Lenovo’s other line of ultrabook comes in a twisted form factor and calls it the ThinkPad Twist. The mechanism is very similar to the laptop-tablet hybrid we’ve seen from many years ago.

The ThinkPad Twist has an odd 12.5-inch display and looks like a regular ultrabook but comes with a hinge that allows you to twist the screen around and close the lid down to position it in a tablet form. 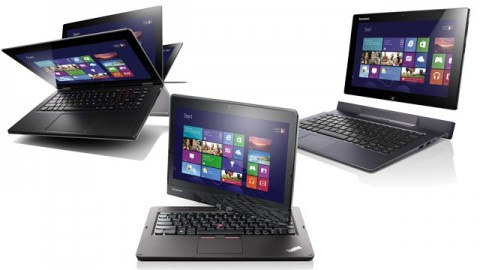 Lenovo promises up to 7 hours of battery life on a single charge with the ThinkPad Twist.

The specs are pretty decent but with a retail price of Php56,000, we’re expecting they should have just used a full SSD storage instead.