Lenovo has also unveiled the top-tier Yoga 920 and a premium Vibes variant, both sporting 4K display and voice recognition capabilities, still while maintaining the signature 2-in-1 convertible form factor akin to the series. 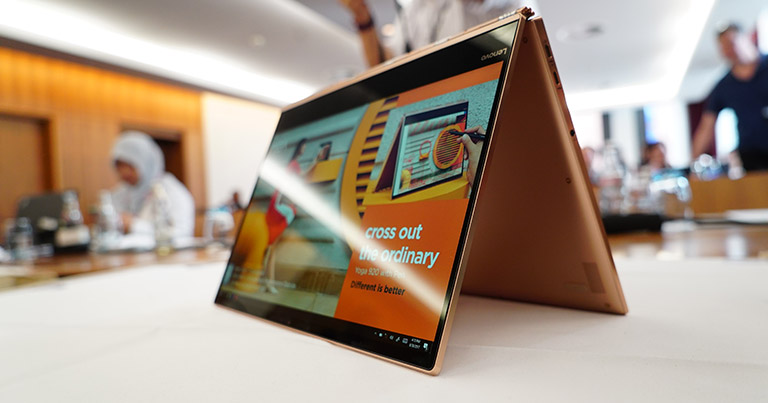 The Yoga 920 and Yoga 920 Vibes will be able to respond to voice commands through Microsoft’s Cortana from as far as four meters from the laptop, and ink notes on the display with the company’s own Active Display Stylus coupled with Microsoft’s Windows Ink app inside the Windows 10 OS. The differentiating factor is perhaps the design: The Yoga 920 offers the standard design but is still chic and sleek, while a group of top designers from Europeo di Design made a near-edgeless display and a ‘Vibes of Elegance’ visual language made within its CNC aluminum chassis and Gorilla Glass cover. 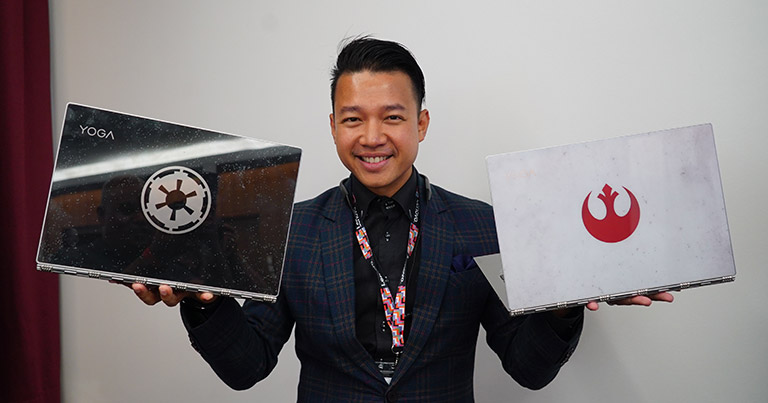 Along with three original colors, the Lenovo Yoga 920 will have two limited edition Star Wars editions in partnership with Disney — a Rebel Alliance variant and a Galactic Empire version. While the regular Lenovo Yoga 920s will be priced starting at EUR1,599.99 (around Php97,400) and will be available in select markets starting this month, the Star Wars Limited Edition laptops will be sold higher for EUR1,699.99 (roughly Php103,400 before taxes and other fees) and will be on shelves during the holiday season.

The Lenovo Yoga 920 Vibes, on the other hand, is at the same price as the Limited Edition Star Wars variants and will be available this October in key markets.