Nexus 10 2 rumored to be HTC-made with 2k display

Nexus 10 2 rumored to be HTC-made with 2k display

Apart from the Nexus 6 and Nexus 8, a bigger device by Google may also make its appearance on the upcoming I/O event. The Google Nexus 10 2 is speculated to have a 2K screen resolution, reinforced display, and could be manufactured by HTC. 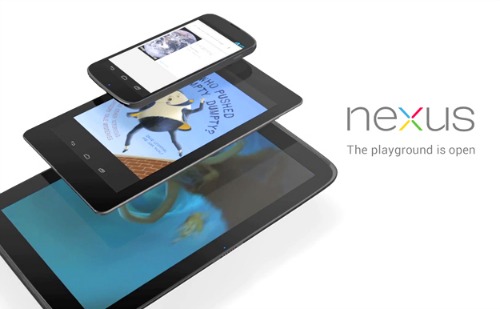 Will we soon see a powerhouse of successors to these devices?

For a little back story, Focus Taiwan reported sometime early February that HTC has won orders for a high-end model of the Google Nexus tablet line. Now, the key word here is ‘high-end’ since it didn’t specify an exact device name or anything. It could be the Nexus 10 2 or totally something else, but it was mentioned that like our previous report, this high-end device will start shipping in Q3 of 2014 — right after the Google I/O event. Coincidence?

Meanwhile, here are the possible specs of the Google Nexus 10 2:

Regarding the processor, I’m thinking that there’s a possibility Google might also implement Intel’s Moorefield to the Nexus 10 2 if ever it is indeed the ones used for the Nexus 8.

Is it possible that we will be seeing a powerhouse of 3 Google Nexus devices and a new Android version during the I/O event? We’ll know the answer in two weeks.