NVIDIA has introduced their first midrange professional GPU powered by the NVIDIA Turing architecture and the NVIDIA RTX platform – the NVIDIA Quadro RTX 4000.

The Quadro RTX 4000 was designed for professional use, allowing developers, designers, and artists to tap on the power of real-time ray tracing. 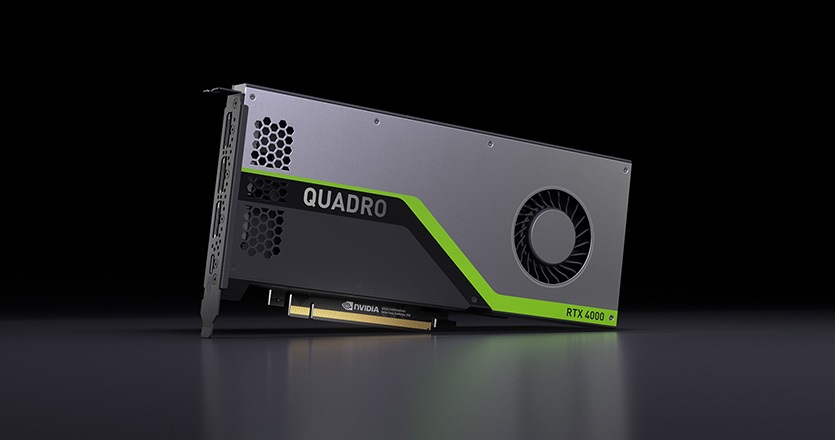 The Quadro RTX 4000 features a power-efficient, single-slot design that fits in a variety of workstation chassis. Other benefits include:

• Video encode and decode engines — accelerate video creation and playback for multiple video streams with resolutions up to 8K.

The Quadro RTX 4000 will be available starting December on www.nvidia.com and from leading workstation manufacturers, including Dell, HPI and Lenovo, and authorized distribution partners, including PNY Technologies in North America and Europe, ELSA/Ryoyo in Japan, and Leadtek and Ingram in Asia Pacific. Estimated street price for the Quadro RTX 4000 is $900.