Aside from an affordable gaming mouse, Rapoo also sent in its top-of-the-line gaming keyboard with mechanical switches. Here’s a quick hands-on of the Rapoo VPro V810. 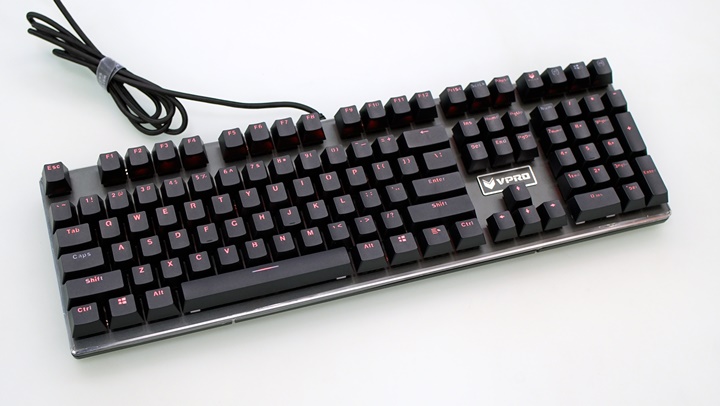 For starters, the VPro V810 is a full-size 108-key mechanical keyboard. It features Cherry MX key switches, so rest assured that these keys can take a beating. Not only that, it’s also one of the most responsive and clickiest keys around. This is ideal for gaming but also for those who prefers typing on hard pressed keys. The keys feature Red LED backlighting. Sadly, there’s no RGB breathing light but the red accent is a sound choice. Each key is individually lit with 10 pre-programmed light effects you can play with. The keys are programmable for shortcuts but also, it has an onboard memory that allows you to save a configuration file and save it on the keyboard itself. You can use your configuration on any other computer without any software needed. 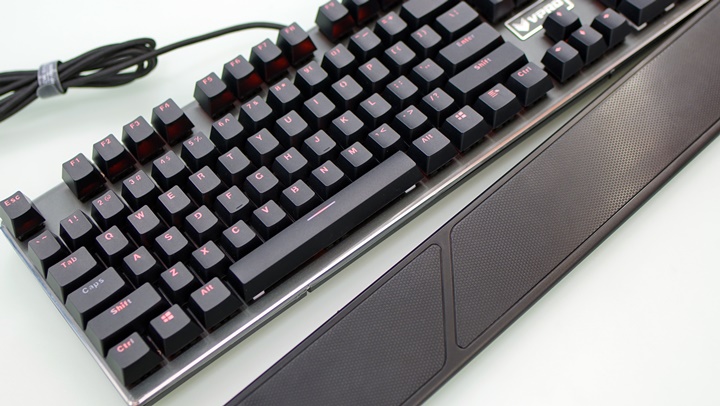 Interestingly, the wrist rest of the V810 is detachable and magnetic. It’s easy to attach and remove but it stays in place when in use. We did hope for a much wider resting area, though. The keyboard attaches to and draws power from the PC through USB with a braided wiring for durability.

The Rapoo VPro V810 is priced at Php6,730. It’s not exactly cheap but it’s one of the top mechanical keyboards with Cherry MX switches currently available on the market.