So it’s now official — Sony’s latest tablet is the sleeker, thinner Xperia Tablet S and we hear that this model will surely reach the Philippines later this year.

The tablet still looks the same although it’s now a little thinner and lighter. Still has the folded-back magazine design. 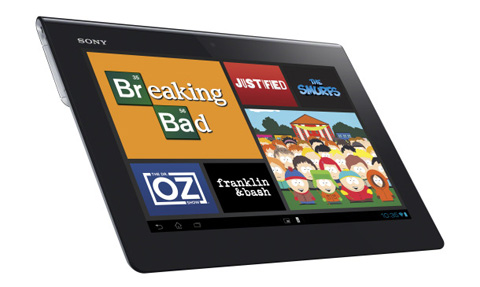 The Sony Tablet S promises up to 12 hours of video playback and 10 hours on WiFi browsing.