First previewed during this year’s Computex, the G.Skill Phoenix Blade has recently made its official debut and is immediately looking to wow PC enthusiasts with its four (4) LSI SF-2281 SSD controllers assigned to four (4) 120GB MLCs configured in RAID 0. The result: a sleek-looking PCIe SSD capable of churning out an incredibly fast read and write speeds which tops out at 2Gb/s.

The Phoenix Blade is designed for the PCIe Gen 2.0 x8 interface and is equipped with a TRIM commands to ensure that its rated performance stays the same even over time. 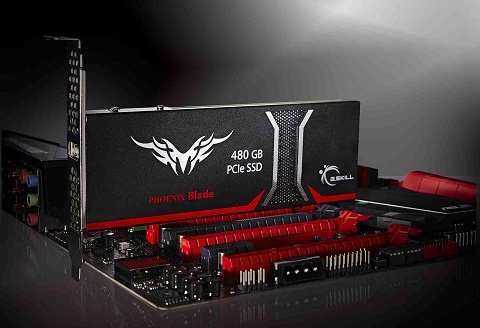 As mentioned earlier, the Phoenix Blade’s Read and Write speeds maxes out at 2000MB/s, though continuous and sequential reading and writing are only rated at 1900Mb/s and 1050Mbps which is still faster than most SATA-based SSDs.

Meanwhile, G.Skill claims that 4K Random Read performance of the Phoenix Blade is rated at 90,000 IOPS while the 4K Random Write can go all the way up to 245,000 IOPS. 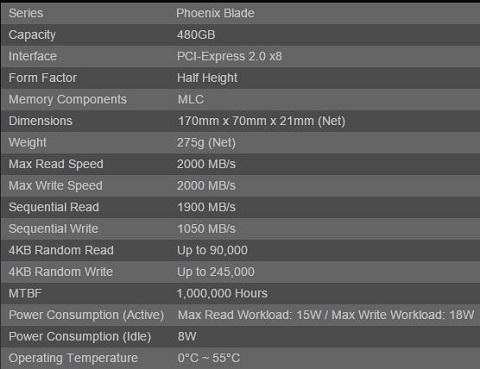 The SRP and availability date of the new G.SKILL Phoenix Blade PCIe SSD has not been disclosed as of the time of writing, but NCIX US has listed it with a USD800 or a little under thirty-six grand in our local currency. It may be a pretty steep price to pay, but this might just be a worthy upgrade to your current setup if money is no concern.

LOL, $800? You could buy a high end procee and a terabyte regular SSD with that!