Now here’s another gadget we can look forward to once we cover IFA 2012 in Berlin this coming week. Samsung teased their upcoming Windows RT tablet in their FB fan page. 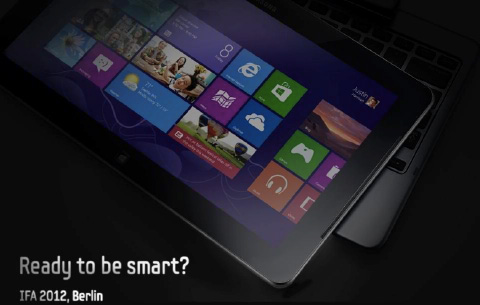 Other than the three-quarters of the tablet and what seems to be a tablet dock behind it, there’s not much that this teaser provides about the upcoming slate.

Later this week weâ€™ll see if the South Korean tech giant will use the Exynos 5 Dual processor (that we recently featured here), which seems to be a fitting candidate for their upcoming brainchild.

Be sure to catch our coverage of the IFA 2012 in the coming days.