Earlier this year at Build 2017 developer conference, Microsoft announced that Ubuntu will pave its way into Windows Store, and as promised, it is now available for download. 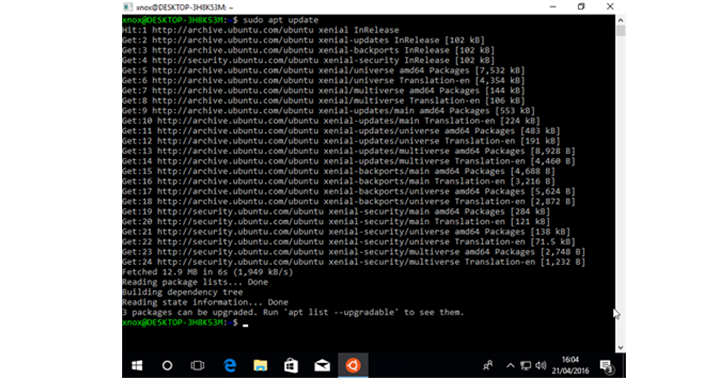 Ubuntu on Windows allows you to use Ubuntu Terminal and run Ubuntu command line utilities including bash, ssh, git, apt and many more. For installation, there are two ways to use this app: Firstly, you have to use “Turn Windows features on or off” and select “Windows Subsystem for Linux”, click OK, reboot, and use this app. Secondly, you can use the Administrator Powershell prompt: Enable-WindowsOptionalFeature -Online -FeatureName Microsoft-Windows-Subsystem-Linux.

Note: You need to be on the Windows Insider program to be able to use this now. Current Windows 10 version is 15063.447, and it requires at least version 16190, which is not yet even public.

Source: Microsoft
Via: The Verge