The Hero4 Session is the 5th generation action cam and the smallest of the entire family. It’s around 50% smaller and 40% lighter than the Hero4 Black. 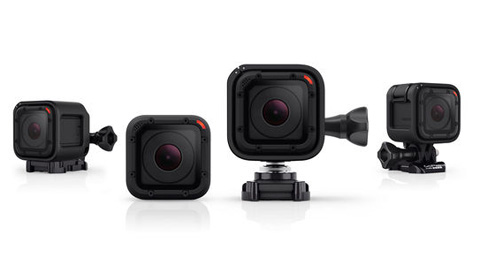 The Hero4 Session is capable of 8MP stills and 1080p video at 60fps. What makes it different from the older GoPro models is that the Hero4 Session can go underwater naked and up to 10 meters.

The Hero4 Session will retail for $399. That’s the same price as the Hero 4 Silver when it came out last year.