In addition to the touchscreen-toting D5500, Nikon also announced a pair of telephoto lenses, one retractable zoom lens for DX-format cameras and an FX prime lens which is dubbed as the AF-S Nikkor 300mm F/4D IF-ED.

Nikon’s new prime telephoto lens is the third iteration of the first 300mm F4 lens that dates back to 1987. With every new release, Nikon has made changes to further improve the picture quality, as well as the autofocus mechanism of the new model, and the AF-S Nikkor 300mm F/4D IF-ED is no different. 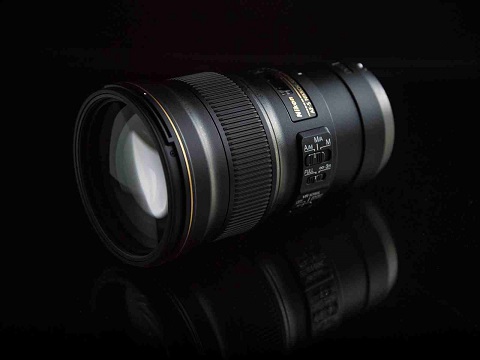 The new lens inherits most, if not all of the features of its predecessor which include an Extra-Low Dispersion glass (ED), Internal Focusing (IF), and Silent Wave Motor (SWM), just to name a few. But what sets it apart from the previous model is the addition of Vibration Reduction (VR) feature which provides up to 4.5 stops of gain, and the use of Phase Fresnel (PF) elements which “effectively compensate for chromatic aberration and ghosting when combined with ordinary glass lens elements”.

The use of these PF elements also allowed Nikon engineers to use lesser glass on the lens which, in turn, allowed them to shave a pound-and-half out of the lens’ total heft, as well as make the lens 30% shorter than its predecessor