While most of us are still trying to shake off our holiday hangover, Samsung is already off to an aggressive start unveiling their latest mirrorless camera, the NX30, along with a pair of NX-Mount lenses and an external flash. 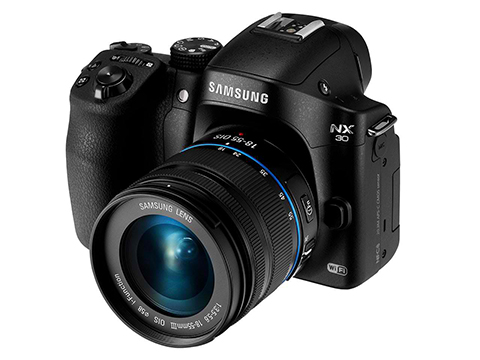 Unlike some mirrorless cameras, the new NX30 sports an SLR-style body that’s somewhat reminiscent to its predecessor. This time, however, Samsung has added a few improvements in the NX30’s design to make it more functional and handy.

This includes a deeper handgrip, a fully-articulated LCD screen and an XGA electronic viewfinder that can be tilted upwards up to 80 degrees for below eye-level composition. 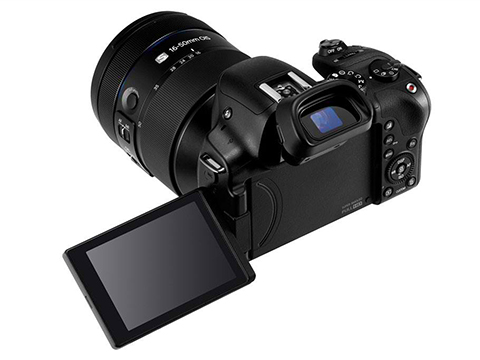 Features-wise, the Samsung NX30 is more akin to the NX300 than the NX20. Samsung’s new flagship packs the same 20MP APS-C sensor and Hybrid Autofocus system of the latter.

In addition, the NX30 is equipped with built-in Wi-Fi and NFC, allowing users to remotely control the camera with their smartphone through a downloadable app and seamlessly share their snaps on social media and other devices.

A pair of standard zoom lenses namely the 16-50mm f2-2.8 ED OIS and 16-50mm f3.5-5.6 Power Zoom ED OIS were launched alongside the NX30. The latter will be the pre-bundled kit lens of the NX30 offering an equivalent field of view of 24-75mm but in a more compact, pancake-style frame.

Meanwhile, the 16-50mm f2-2.8 ED OIS is aimed towards the more demanding crowd providing a wider lens opening with the same field of view as the new kit lens. It also has a built-in Optical Image Stabilization which comes in handy for shooting with a relatively slow shutter speed. 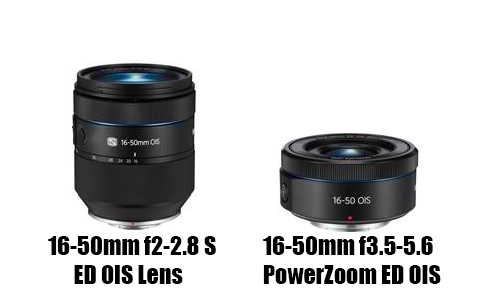 Samsung hasn’t released the official pricing and availability of the NX30, as well as the two new NX-mount lenses.