About a week ago we started a poll about ‘Which smartphone brought the sexiest back?‘ The smartphones included in the list were the Sony Xperia Z2, HTC One 2014, and the Apple iPhone 5S. And based on the results, the Z2 is the clear winner. 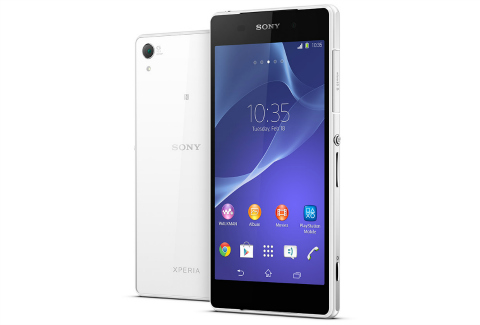 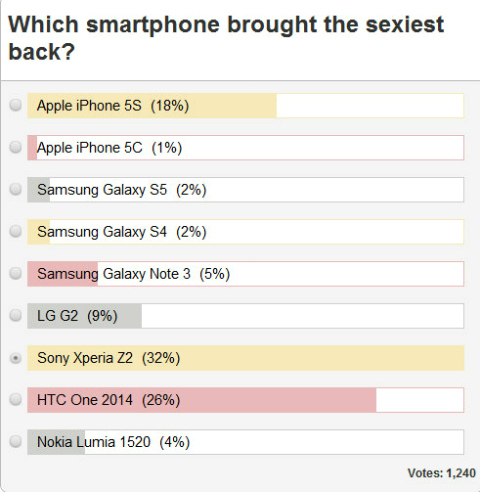 Judging from the results, it’s clear that majority of our readers who participated in the poll prefer the glass back of the Xperia Z2. The HTC One 2014, with its aluminum body also proved to be a sexier option, fairing better than the jewel-like iPhone 5S and leaving the rest of its plastic rivals in the dust.

HTC will agree on that part as they have recently criticized Samsung and its Galaxy S5 in a recent interview with Business Insider.

See also  Poll: Is the laptop vs. netbook battle shifting?

“We’re a company that invests in our customers and delivers a beautifully designed product that you can feel proud of… Samsung is a company that’s focused on investing in advertising.” said HTC Americas President, Jason Mackenzie. “If you want to buy a product built out of cheap plastic, there’s a solution for you. But we’re going after a different customer, someone who wants the best.”

So what do you guys think of the results? What do you think we should vote about next? Feel free to contribute below.

See also  Poll: How many blogs do you read every day?

Big thanks to everyone who participated.

Meh naman ung pangbash ng HTC sa Samsung. I also would have voted for Z2. Pero Android all the way!

I’d have to disagree and put my cards on the HTC One M8.

That gunmetal back is so sleek and looks amazing. Can’t wait to get my hands on it! Hoping to trade in my Moto G for it.

Z2 blown all out in the water and drowned.lols

and htc should survive because of its boat like back.hehehe