Poll: Who makes the best ultrabooks?

Last month, we wrote a story outlining almost all of the ultrabooks that are available in the local market for 2012 (you can read about it here). We are sure more are coming before end of the year, especially that Windows 8 is set for public launch in October.

The number of ultrabooks since last year has grown significantly and it has reached the point that people can actually have a number of options when looking for their next laptop purchase. 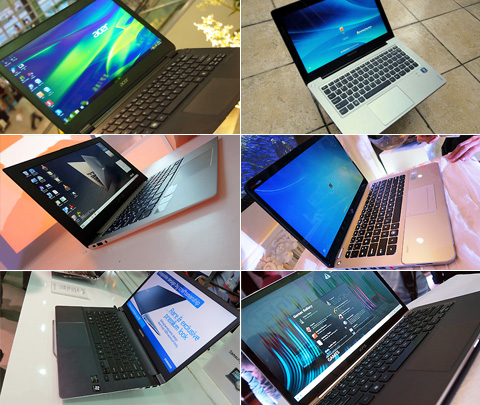 We thought we’d ask people and start a poll — who makes the best ultrabooks?

â— Even before the term ultrabooks were coined and popularized by Intel, Samsung was already doing one with the Series 9. They’ve already expanded the line-up to the more affordable Series 5.

â— Asus came in strong with the Zenbook line, both in the 11.6″ and 13.3″ form factor. They’re also the first one to offer a full HD 1080p display as well as a model with discrete graphics (Zenbook UX32VD).

See also  How much storage do you have on your microSD card?

â— HP’s Envy 14 Spectre placed a premium to the name ultrabook by being the only one sold for over Php100k.

â— Lenovo made a consistent move with the IdeaPad U-series bringing in the same old design in a solid body. The ThinkPad X1 Carbon is something else though.

â— Sony shies away from using the term ultrabook since they boast their Vaio T uses all full-sized ports even with a really thin form factor.

See also  Poll: How often do you switch phones?

â— Toshiba’s PortegÃ© Z830 and Z930 probably took the crown as one of the thinnest ultrabooks.

There are several other players as well. Gigabyte recently launched their own ultrabook, Neo promises a really affordable one this month, and RedFox showed something interesting a couple of months ago.

Go hit the comments and cast your vote.

Greetings from Colorado! I’m bored at work so I
decided to browse your site on my iphone during lunch break.
I enjoy the knowledge you present here and
can’t wait to take a look when I get home. I’m surprised at how
quick your blog loaded on my cell phone ..
I’m not even using WIFI, just 3G .. Anyways, superb site!

Asus was my choice close second to Samsung

All of us at home are using ASUS…

From netbook to tablet to laptop… Hehehe…

I went with Samsung Series 9 since its the only one available with a 3rd generation i7!

I’d go for Asus and Dell.