What to expect for Zenfone 2: exact variants, prices, release dates

Based on discussions with several Asus PH execs and multiple sources who want to remain anonymous, we’ve got the most up-to-date details on the Zenfone 2 — like the exact variants, their release dates and their expected retail prices.

Earlier, we got confirmation from Asus Philippines that two models of the Zenfone 2 will be released in May. These are the ZE500CL and the ZE551ML (see here). 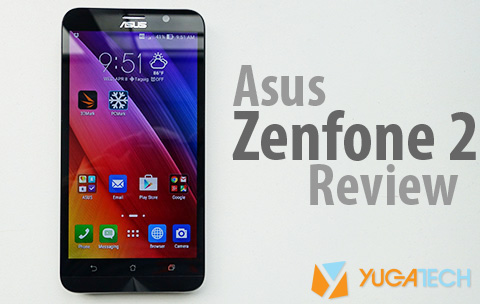 However, there are three variants of the ZE551ML model. The specific variant of the Zenfone 2 ZE551ML that’s going to be released will be the one with 2GB RAM, 16GB storage and 1.8GHz CPU.

The other variants of the ZE551ML will not be released this May (our initial info is May 10). The one with 4GB, 2.3GHz and 64GB storage is pushed for a later date (perhaps Q3 of 2015). The 32GB variant might not be even released in the Philippines at all, just like the ZE550ML.

The pricing is as follows: 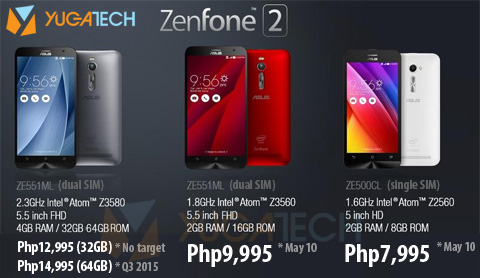 This is not yet the official SRP as Asus PH has not made any formal announcements to that fact. This is just the proposed SRP by the local distributor.

The prices were provided to us by a 3rd-party source and the figures are very close to the SRP when they were announced in Taiwan last month. I also had a conversation with an Asus executive last Tuesday (during the T300 Chi event) where we agreed that a Php2,000 difference between models/variants is the ideal price gap so there is no overlap.

A source familiar to the industry shared with us that Asus PH is experimenting with the Zenfone 2 variants. They wanted to know if the interest is driven more by price hype or by specs. If it’s hype, then a ZE551ML with 2GB RAM/1.8GHz CPU under the Zenfone 2 label will be enough to drive sales targets. That’s probably the reason why the 4GB/2.3GHz variant is scheduled for a later date.

Another source told us Asus PH (rather, the local distributor which is Axis) is still generating as much as Php70 million in revenue a month from the Zenfone 4/5/6 sales until today. That’s about 10,000 to 12,000 units per month, 10 months after they were released in the Philippines.

The continued and strong demand for the Zenfone 5 and Zenfone 5 Lite will still be fulfilled.

The Zenfone 4 and the Zenfone 6 will eventually be sunsetted. Asus is just waiting for the remaining inventory to be completely bought off the store shelves.

* Author’s Note: Please note that the accuracy of these details is not 100% guaranteed as they can still change as we approach the launch date. As of the moment, these are the best details we can get. Asus might change them prior to the official launch. If everything goes as planned, the details we shared here (especially the SRP) can be another shock to the local mobile industry.