A smartphone is not just your go-to device for communication, photography, and games, it’s also a good dedicated music player especially if you have plenty of storage. So for music lovers who want to enhance their music listening, here are some apps that you might like install. 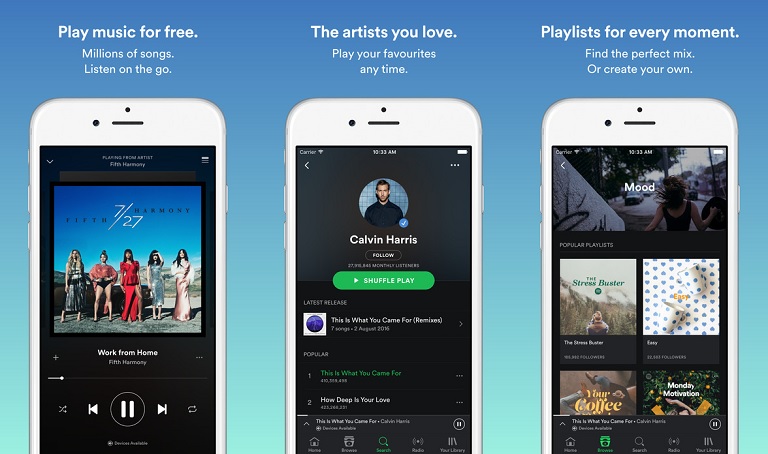 First on our list is Spotify. This popular streaming app gives you access to tons of music right away. We suggest going for a premium subscription to activate offline playback, track skipping and scrubbing for a better listening experience. For those who are not yet sold to it, you can opt for the free version, but with annoying ads. Sometimes you’re in the mood to sing along with your tunes, but that could be a bit of a problem if you’re not familiar with the lyrics. Musixmatch wants to solve that by providing synced lyrics to your music collection. It also has a feature similar to SoundHound that can identify the music playing nearby. Although working both on Android and iOS, it is more at home with the former as it supports the Floatinglyrics feature and has integration with top music apps like Spotify, YouTube, Apple Music, Pandora, and Google Music. Whereas the iOS version has integration with Spotify and Apple Music only. 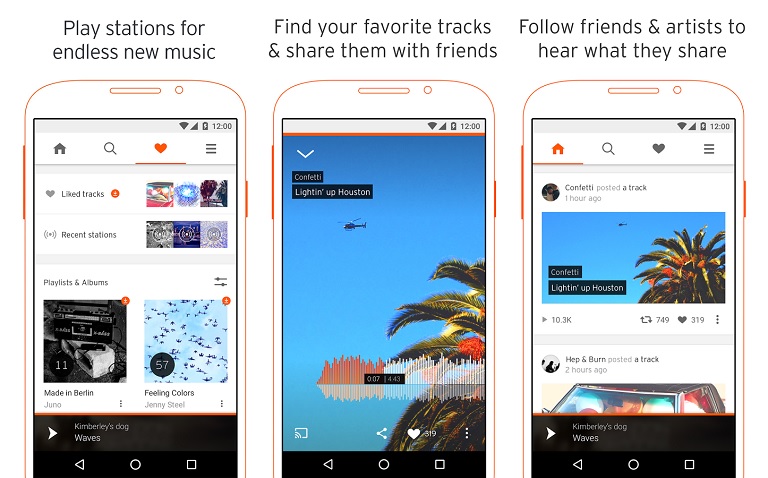 Another platform to listen to free music is SoundCloud. If you want to scout for new music or artists, this is the place to go. You can also create playlists and receive suggested tracks based on your likes and what you listen to most. It’s also offering a subscription called SoundCloud Go which removes ads, allows you to play all the tracks including previews, and offline listening. However, it’s only available to customers in the U.S. 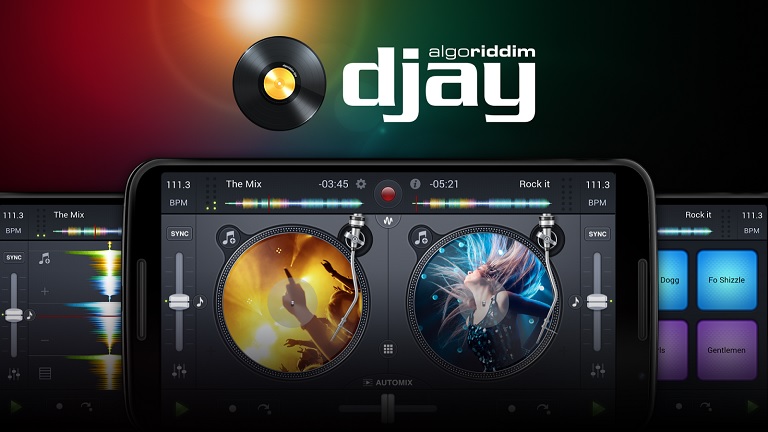 If you want to get creative with the tracks you have on board, or want to test your djing skills, then you should download djay 2. It has Spotify Premium integration, local music library integration, love recording, and tons of audio effects. It’s not free though at Php155 on Android, but you can opt for the free version with less features. 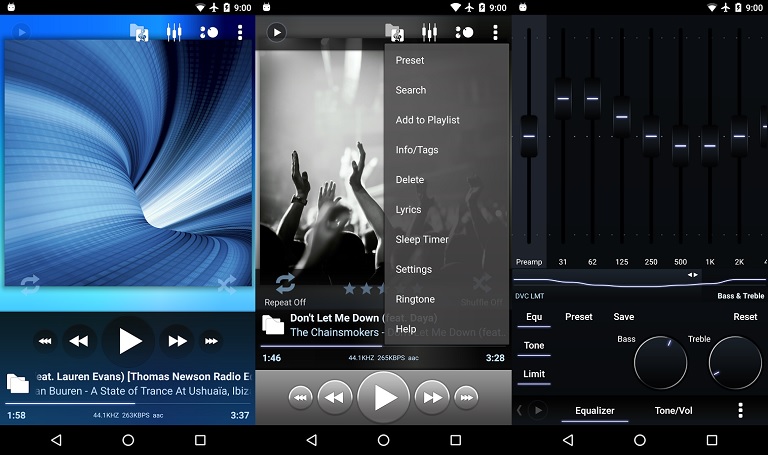 If you want to get the most out of your music collection, then we suggest using PowerAmp Music Player. This one has a comprehensive graphical equalizer, separate adjustments for Bass and Treble, stereo eXpansion, mono mixing, and supports multiple audio formats. It also supports custom visual themes and lets you download missing album arts and lyrics. There’s a 15-day free trial, but you can unlock the full version afterwards for Php46.47. As for iOS, sorry guys, but you sit this one out.