Back in June, AVG released their Android App Performance Report for Q1 (January to March) which shows a list of apps that affect an Android device’s performance. Now take a look at their latest report for Q2 (April to June).

Top apps that run at startup (does not include games): Top apps that are run by user (does not include games): 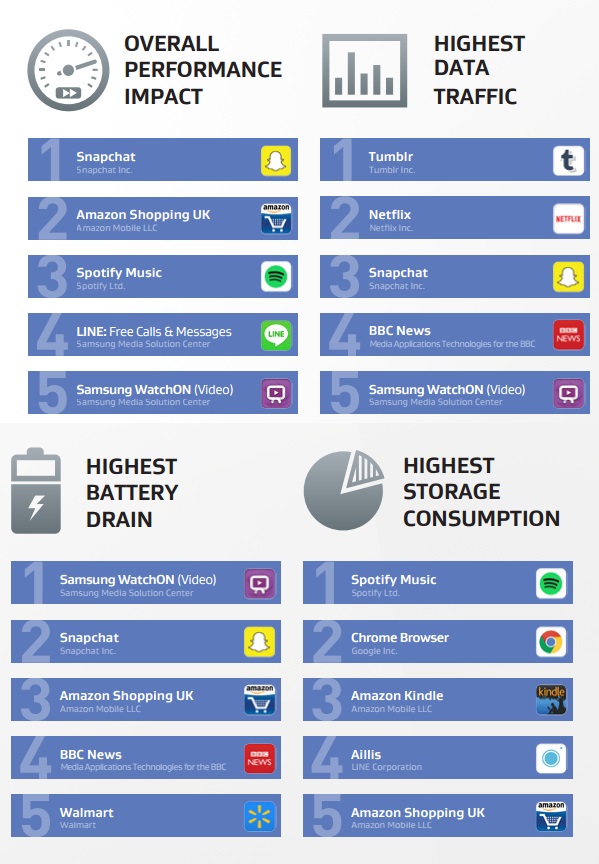 According to AVG’s report, Snapchat tops the list when it comes to overall performance drain as it uses the camera, WiFi/mobile data and GPS functionality simultaneously. Facebook, on the other hand, stores a lot of content as it tracks page statistics, followers and comments while being used.

According to AVG, the report was based from analyzed anonymous data from over one million AVG Android app users from April to June 2015. For the complete report, hit the source link below.