If youâ€™ve handled a lot of Androids before, Iâ€™m pretty sure youâ€™re already aware of UI skins. HTC has the Sense, Samsung has the TouchWiz, Motorola has the MotoBLUR, and Sony has the Timescape. And just now, LG reveals its new UI called the Optimus 3.0. 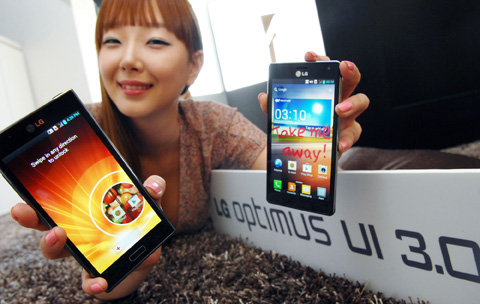 The Optimus UI 3.0 is designed with convenience and speed in mind and is dedicated to LG’s newest Android Ice Cream Sandwich devices. The new UI promises to bring new features and enhancements such as the Quick Memo, a function that enables users to write down notes on the screen using a finger. This allows users â€œto share their thoughts through social networks, text messages and e-mails more conveniently than ever before.â€ 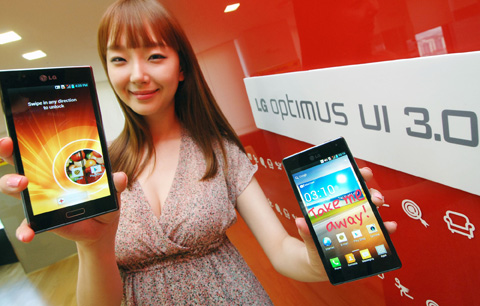 Below are some of the other new features:

â€¢ the ability to unlock the phone by dragging anywhere on the screen;
â€¢ a new Pattern Lock that allows users to preset the most frequently used function, such as the camera, which automatically opens once the phone is unlocked;
â€¢ a simpler version of Optimus UI 3.0 for new smartphone users which organizes the main applications so that they are the easiest to access;
â€¢ a new Voice Shutter that allows users to capture photos using only voice commands;
â€¢ a special camera feature that enables users to pick up the best shot among multiple images including the moment just before the shutter button is depressed;
â€¢ an Icon Customizer that provides an additional level of personalization by allowing users to set their own photos as icons and shortcut images;
â€¢ the addition of a Download category to the menu for easier organization.

The Optimus UI 3.0 will debut on upcoming devices such as the LG Optimus LTE II and LG Optimus 4X HD.

Question for the readers â€“ What do you think is the best Android UI skin out there? Share your thoughts below.

For me its sense ui.

Though I have a Samsung phone, I’d say Sense UI is the best out there. Close second is Timescape UI from Sony. Touchwiz improved much after ICS implementation but it’s nothing compared to the first two mentioned.

This already looks better than Touchwiz.