The race to break the OS duopoly

The race to break the OS duopoly

During the course of the past six months, several companies have announced their new mobile platform hoping to break the Apple-Google duopoly. Today we’ll take a closer look at 5 of those operating systems and see which one has what it takes to be the next big thing in the OS wars. Two of the candidates in this list (BlackBerry OS 10 and Windows Phone 8) are already out in the market, while three are still in the last phase of development and is scheduled to make its debut in the latter part of this year. Furthermore, the two OS out in the market are both closed source and the 3 upcoming platforms are all open source.

The BlackBerry OS 10, as well as the BlackBerry Tablet OS, is the product of the acquisition of QNX Software Systems, the company behind this Microkernel-based OS. As such, the platform shares some distinct features with its tablet counterpart just like the bezel-to-screen swipe gestures called Blackberry Flow and Peek for navigation and multitasking. 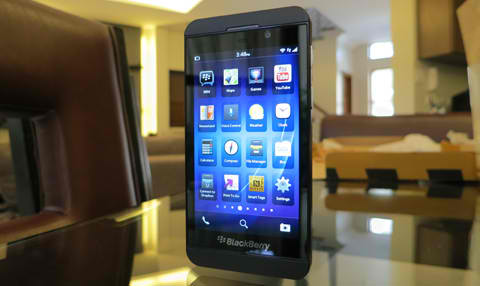 Apart from revamped UI, the BB OS 10 also boasts several new features including BlackBerry Hub, Balance, Time Shift Camera. Being known for providing one of the best keyboard in the industry, the on-screen keyboard of the BlackBerry Z10 has also seen a significantly improvement over the previous builds. The virtual keyboard bears the company’s renowned layout and is now capable of auto-predicting the next word that the user will type. The predicted word/s is displayed on top of a certain key and can be used by flicking upwards.

After a long period of silence, BlackBerry is starting to create a buzz in the mobile industry with the release of the highly anticipated mobile platform, the BlackBerry OS 10. The OS, along with the two new handsets (Z10 and Q10) that features it, has been regarded by many smartphone enthusiasts as the Canadian company’s last ditch effort to regain its place in the consumer and enterprise market. Now that the OS is out in the open, the key is for the company to back up their brainchild with aggressive marketing strategy.

Deeply rooted in Mozilla’s core is the organization’s advocacy to promote openness, innovation and opportunity. This belief is reflected on almost everything that they do, including their latest endeavor the Firefox OS.

The goal is to build “a complete, standalone operating system for the open web.” In order to achieve this, Mozilla uses HTML5 in programming the platform and for developing applications. This allows developers to easily port their apps that are previously written for other platforms to the upcoming OS. In the recently concluded MWC, the organization announced the companies that joined their cause. These companies include several telcos and a handful of device manufacturers. At the convention, Mozilla also showcased a pair of handsets (Alcatel One Touch Fire and ZTE Fire) that sports the OS.

Equipped with more than enough knowledge and expertise about mobile OS, Jolla Mobile, the team that brought us MeeGo and MaeMo is back with a vengeance and is looking to make another mark in the industry with their upcoming platform dubbed as Sailfish OS. The concept behind the OS is rather simple; merge Mer (MeeGo Reconstructed) and MeeGo’s architecture and further develop it using Qt Quick, QML and HTML5. The result that the team is hoping for is platform that “brings and fosters innovation to offer unique differentiation and a competitive advantage for OEMs and ODMs, chipset providers, operators, application developers and retailers.”
Jolla Ltd. has yet to officially name a mobile manufacturer that would carry their OS. It’s been said that the design of the phone will come from the organization itself, but because of the platform’s versatility, Jolla is confident that the integration of the OS to other devices should be a breeze.

Ubuntu Touch hails from a long line of Open Source operating system developed by Canonical for desktop users. With a slogan of “One Device To Rule Them All”, Canonical is looking to capitalize on their expertise in the desktop ecosystem and apply those in their upcoming mobile platform.

The mobile OS will sport a home grown, gesture-based UI called Unity UI which is inspired by the netbook-optimized version of Ubuntu. Unity UI bears some similarities with Blackberry OS 10’s UI, particularly in the navigation aspect, as both makes use of the every inch of the device’s display for basic operations. This eliminates the need for a physical button and makes it easier for users to navigate through various selections. The downside, however, is that it requires a lot of getting used to in order for the touch-based operation to feel natural. Canonical’s goal is to provide users with the near-desktop experience on their mobile devices by integrating some of key components of the desktop version of the platform to the gesture-based UI. The company has yet to disclose the manufacturers who will use the Ubuntu Touch on their smartphones, but Mark Shuttleworth (Founder and CEO of Canonical, Ltd) mentioned that the first devices running on their Linux-Based OS is slated to debut on October of this year.

For the majority of users, Windows Phone 8 may just seem like a major update to the last version of WP7.8 (Tango). This misconception may have sprung up due to the similarities that this OS and the previous generations share in common, especially in the user interface department. However, truth be told, there are more to Windows Phone 8 than meets the eye.

Probably the most significant improvement that WP8 has over previous builds is at its core. Instead of using a similar kernel as the pre-historic Windows CE, Microsoft utilized a Hybird (Monolithic – Microkernel) Windows NT kernel that is also being used on Windows 8. The use of this kernel has resulted to a significant improvement in the mobile platform’s ability to handle multi-core processors, higher screen resolution and storage expansion via Micro-SD card; three of the many things that users and journalists have been complaining since the debut of Windows Phone7. However, one of the major drawbacks that WP8 has is the fact that it cannot be installed on devices running on WP7. Microsoft explains that this is due to the hardware limitations presented by the earlier devices running on an older version of their platform. When this news made the headlines, it sparked an uproar in the WP7 community which also proved crucial to the success of WP7-powered handsets in the market. In the end, users are left with a hard pill to swallow; be content with their current device’s OS or move on to WP8.

As of the time of writing, both BB OS 10 and WP8 have a clear advantage over the other candidates in our list. In the case of BlackBerry, it has already established a following in the past; they just need to get things back on track to reclaim their spot in the upper echelon of the OS wars with BlackBerry OS 10. Windows Phone 8, on the other hand, is still on shaky grounds, but the single major edge it has over its competition is the fact that users can seamlessly transition from one Windows-powered device to the other since it also has a counterpart in the tablet and desktop scene. As for the three upcoming open source OS, it’s still pretty early to tell whether these platforms will make it to the big leagues, let alone break the two-horse race between Android and iOS. Make no mistake though; each of these platforms presents a very interesting proposition for its potential users. So the effort is definitely there, the question is if it’s gonna be enough to be named as one of the greats in the industry.