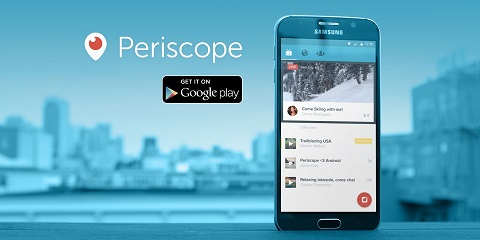 Twitter acquired Periscope back in January and released the iOS version two months later. Fast forward to today, Android users can now join in on the act and livestream their experience using the app.

Along with the basic functionalities, Periscope for Android receives additional features that are not found on its iOS counterpart. These include Material design UI, Resume Notification so users can pick up where they left off after answering a call or responding to an SMS, and broadcasters don’t have to upload their streams as replays are saved automatically.

Periscope for Android can be installed on all smartphones running on Android 4.4 (KitKat). Hit on the link below to download the app for your Android device.