The first thing we did when we landed at the Narita Airport last Monday was to rent a 4G Pocket WiFi at one of the shops just outside the arrival area. This provided us access to mobile internet throughout our trip here. 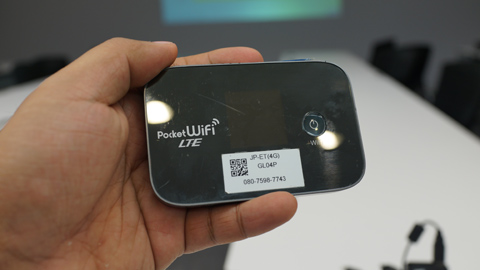 The device is a Huawei E5-series although not the same as the E589 LTE we have in the Philippines. The lease costs about Php2,500 for the 4 days that we’re here so that brings it to about Php600 per day. Not bad when you compare it to the usual $10-$15 roaming charges and besides, it comes with an 8-hour LTE pocket WiFi. Based on the last 3 days that we’ve been testing it, the average speed we normally get is about 6Mbps while the highest we’ve ever clocked was just 14Mbps. It’s not bad but not earth-shattering as we expected.

In fact, the LTE speeds we get in the Philippines is almost the same if not better. The only difference that we notice is that LTE signal is almost everywhere, a stark contrast to the sparse LTE signal we have in Metro Manila.