PLDT President Napoleon Nazareno has revealed that they’ll be cutting the strings off of its subsidiary CURE (Connectivity Unlimited Resource Enterprises Inc.) otherwise known as Red Mobile by the end of the month. 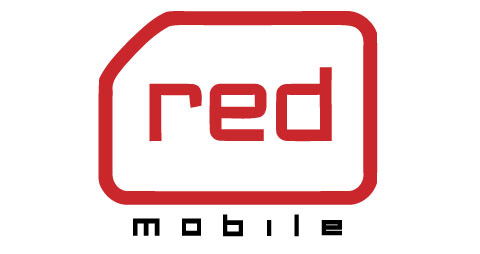 So far, they’ve already migrated about 1.1 million subscribers of the soon-to-be-defunct network to Smart Communications Inc. — another subsidiary of PLDT — which is about 85% of its 1.3 million total user base. PLDT currently owns four mobile phone networks, mainly Smart, Talk â€˜N Txt, Red Mobile and its newest ‘foster child’ Sun Cellular.

See also  Can the Philippines really get to 1Gbps home internet?

According to Interaksyon, CURE’s 10 megahertz 3G frequency remnants will be returned to NTC for bidding, the proceeds of which will then be shared by both PLDT and NTC to recover the telecom’s costs plus half of the amount in excess of its investments.

Ah, memories. Did some design work for them back in the day.

Like many Facebook games the missions really aren’t very challenging but they will help you to level up.
Just like a good many others I’d no experience initially when I
first started out and so I thought it could be great to set down some helpful details which, with any
luck ,, might help others:. Caroline ( Candice Accola ) and Elena ( Nina Dobrev ) are heading to college.

SAYANG KUNG MAWALA ITONG RED MOBILE CONNECTIONS,NAPAKAMURA AND EASY TO USE , NO NEED FOR AN ADDITIONAL NUMBER TO CALL, LIKE OTHER NETWORK

“Smart bought CURE from the Ongpin family in 2008.”

Um, ok, now why is the company’s president’s name in italics?

I use red mobile and I hate it that it would be on full ownership of PLDT. come on, more providers please, at least 5 major and 8 minor, so that we can have a fair and decent competition. I sense someone is paid under the table.

CURE or umobile is owned by PLDT/SMART, at least when they start calling it as RED Mobile. And you don’t have to hate it no more because SMART plans to kill the subsidiary this month.

What do you mean by “migrated to Smart”? Red Mobile sims will still function but will use the smart cellular networks, they will see in their mobile phones SMART signal instead of CURE,Red Mobile, Red. is that correct?

Red Mobile subscribers are not yet migrated to smart. It looks like they would just cut off the network, I have a red mobile sim and it seems they would not want to retain those numbers.

Guys, just wait for San Miguel Corporation. The company is putting up a telco that will offer full range of services – landline, wired internet, mobile service, and wireless broadband. SMC will combine its existing telco LIBERTY TELECOM, operator of Wi-Tribe with its newly acquired Eastern Telecom and BellTel. This duopoly will not last. Another good news is after PLDT has given up that frequency, NTC will hold a bidding for that. SMC, Globe Telecom and BayanTel has expressed their interest to bid.

Is San Miguel really putting up something this big? Where did you get this info?

My friend from India is complaining how telecom services are so expensive here in the Philippines considering the number of “other networks” so i had to explain how despite the “other networks” it’s all really just one. Monopoly is in the works. Globe, hold on! Give PLDT a run for it’s money!

hate to say it but we are edging too close to a monopoly. 2 telcos are not enough

No. We are not. For now its a duopoly between PLDT and Globe Telecom. But not for long. San Miguel Corporation is cooking up a new telco by combining its existing Liberty Telecom (Wi-Tribe) and newly acquired Express Telecom and BellTel. All they need is a go signal from NTC which is very disappointingly slow on their implementation of regulations. San Miguel, Globe and Bayantel will participate in the bidding for the frequency that PLDT will give up.

Um, why is PLDT’s president’s name in quotes??