Despite of a few futile attempts by other companies in the past, Ramon Ang of San Miguel Corporation seems unfazed and tells Philippine Daily Inquirer that “there’s still room for a formidable third player” in the local telco industry.

SMC’s current COO adds that such endeavor is already in the company’s pipeline for quite some time already, but has been pushed to the back seat in favor of other acquisition opportunities. 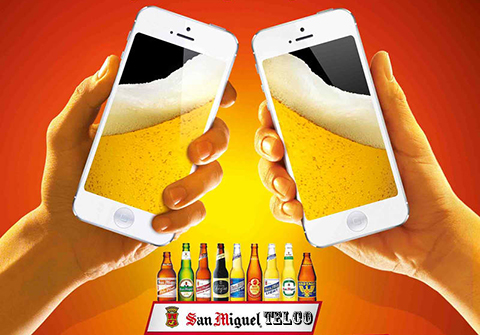 Following that statement, SMC has formally issued a letter to the Philippine Stock Exchange (PSE) confirming the company’s plan of launching a mobile telecommunications business in 2014.

Ang clarifies though that their upcoming telco will conduct its business separately from Wi-Tribe which is currently being managed by Liberty Telecoms Holdings, Inc. Instead, Liberty will focus on restructuring the struggling mobile broadband provider in the hopes of bringing “stockholders’ equity from negative to positive.”

BOUGHT? I doubt. eh personal archenemy ni Ramon Ang si MVP eh. Every industry MVP is going to, Ramon Ang is investing into it and competes with him.

Let’s see if they will last for more than 5 years or will just be bought by MVP. Based on my observation Telco company who survive in Philippines has their own backbone or land/sea cable scattered in the Region.

I do hope it will not be bought out by another competitor.

If the government wants true competition in the telco sector, they should mandate full number portability where you can keep your phone number even if you change networks. Many subscribers actually want to switch providers but are unwilling to do so because it would mean losing their current mobile number.

if there will be an infusion of foreign co. in this business here, then its something to look forward to at matakot na ang globe at smart na yan pag hindi hay, pagtatawana lang yan ng 2 higante, worst still baka bibilhin lang yan hahaha…

I wish that this will come out as a telco company that can compete in service quality and economy wise. Let’s hope for the best. ^_^

I’m actually skeptical about this. Parang oil companies lang siguro yan. Sila sila rin mag uusap to drive up prices so consumers have no choice but to subscribe to any telco.

haha i knew Liberty Telecoms would do this… only a matter of time.. ahhahaha
looking forward to a third telco!
sana maganda ang promo nila.. unli call and text to all networks plus free data LOL

It’s not under Liberty Telecoms, they have separate name they will be using Bell Telecoms

It’s not economics when a similarly-priced plan from the competition delivers better service without the data cap. That’s just being cheap.

unnamed, i would love to be proven wrong since more competition is usually better

I agree. Like what Sun did when it started giving unli promos. The other 2 telcos who were enjoying premiums for their service were forced to follow suit lest they lose subscribers. More competition encourages development which is why the telcos here are content with moving at snails pace when improving their infrastructure. They even start blaming users for merely using the products they paid for, for their poor service. :(

Exciting.. soon we might see data more cheaper than voice! Hello VOiPs! Make like google and do fiber faster than smart and globe!