Why do Filipinos pay more for slower internet?

Why do Filipinos pay more for slower internet?

It’s just one of the many questions that kept on popping out in my head recently; why do we pay more for slower internet? Our neighboring countries such as Japan & South Korea feature the fastest internet speeds in the world, and here we are living with expensive and subpar connections. Here’s a rough comparison: in Japan, 35mbps costs at around Php2k a month more or less, wherein locally, a similar deal would be nearing Php6k.

Let’s tackle the basic economics here. If consumers demand for more data, the supply is supposed to meet it halfway at the equilibrium price – the point in a curve where the buyers and sellers agree on (*loud cough* unless we have no choice *cough*). If that has been the case for years already, then factors affecting supply such as technology & costs of production should have vastly improved already, thus shifting the supply curve to the right. 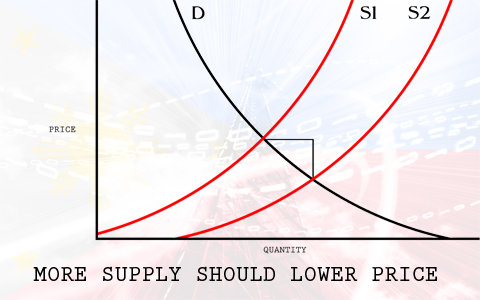 In short, by this time and with this kind of demand, internet data, and SMS costs should have already decreased in price.

One thing to note though; substitutes are also popping out recently. 4G LTE is becoming the main focus for telcos now, so by increasing the price of broadband internet, demand for 4G LTE will increase – which might have influenced the high price of internet today. But even with that said, the development of our internet speed is still on the slow side.

A similar case is presented in one of our past articles too – “In the age of mobile data, is an SMS still worth Php1?”. Our guess is that, a slight decrease in price (even .20 cents) would decrease a company’s profit by hundreds of millions in a year.

Price control isn’t the best thing to do for economic growth, unless however abuse is shown by the producers. If that’s the case, then our government should step in and implement a price ceiling.

I guess we’re stuck here guys; we’re under oligopolists. It’s the same thing with gasoline, but more complicated because of the oil deregulation law – no government price controls will be there for it.

So what’s the answer? Why do we pay more for slower internet & less data? I guess the answer’s already above; we have no choice. Personally, a good start to fixing the problem would be to talk about it.

Maybe if the government and the companies start hearing that we care so much, or maybe we can push an amendment in the constitution that would trash the 60/40 ownership rule to attract foreign investors (more choices, more competition & more innovation), we’d have cheaper and faster network services in the Philippines.