The Cherry Mobile Ultra On The Go is one of the latest non-Android addition to the company’s growing portfolio. It’s a mobile hotspot (or pocket Wi-Fi, whichever you want to call it) that supports LTE connectivity which is priced at Php3,999.

As with other LTE mobile hotspots out there, the Ultra On The Go is a small device that can easily fit inside your pocket which comes with all the bells and whistles that you typically expect from a device like this. 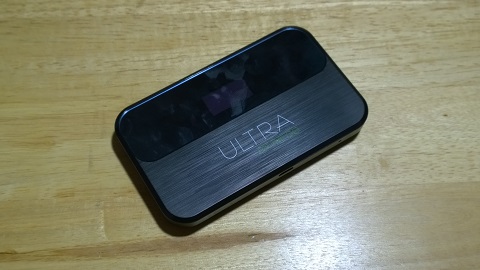 Nestled at the center of the device’s front panel is a 1-inch LCD screen which tells you pretty much everything you need to know about the status of the pocket Wi-Fi. On there you’ll find icons that corresponds to your network’s signal, battery status, and other network related stuff.

At the top you’ll find a pair of buttons for Power and WPS which is neighbored by two sockets that accepts after-market antenna/signal booster. Meanwhile, the Micro-USB and Reset hole are located at the bottom. 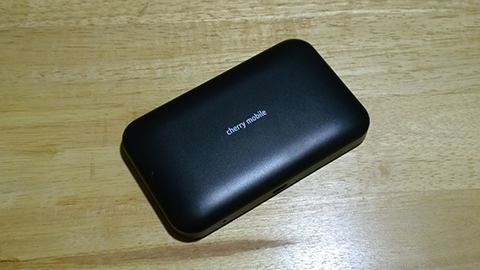 Accessing the battery and other internal components can be done by sliding the router’s removable back cover to the left. Once removed, you’ll have to take out the 2800mAh battery to access the SIM card and Micro-SD card slots.

As soon as we popped an LTE-provisioned SIM card inside the Ultra On The Go, it was able to pick up the 4G/LTE signal around our area (or at least that’s what the signal indicator tells us). We tested both Globe and Smart LTE SIM cards on the device and here are the results that we got: Note: Results on the left were taken using a LTE SIM card. Meanwhile, the results on the right we’re taken with a 3G-only SIM.

As you can see, the results are a far cry from the advertised 42Mbps that our local telcos loves to say. Now, if you’re thinking that the device may be the bottleneck, we also tried testing the SIM cards on a different LTE mobile hotspot and the results were almost identical to the ones we have above.

To test its battery, we fully-charged the device and connected our work PC to CM’s Pocket Wi-Fi and let it sit there, disconnected from the wall outlet, while we were downloading files from the internet. From 100% state, it took 6 hours and 17 minutes before the Ultra On The Go’s 2800mAh battery got totally drained.

During our time with the Cherry Mobile Ultra On The Go, we’re happy to say that it performed as expected. It picked up 4G/LTE signal when it’s available and it has enough juice to last you a fair amount of time.

Lastly, it’s one thousand pesos cheaper than the LTE Pocket Wi-Fis that Globe and Smart is currently offering, and it’s open-line too so can use LTE-provisioned SIM cards from either of the two telcos mentioned above.

There’s still no word on when the CM Ultra On The Go will be available, but it will be sold for Php3,999 when it does.

Pros.. Battery was satisfying coz its 2800mah u dont. have to worry lowbatt..
And most device have overheating problem..
But this device i dont feel much heat on it ..

Conz.. This device cannot recieve inbox or send message that is realy important to me which is that i dont have to pull out the sim to register a unlinet, but saddly u have to remove the sim to put other phome to regisyer.

Conz.. The globe sim or TM problem, cannot connect
My APN settings are perfect, but sadly cant commect
Only smart and sun sim can only be used to this device

looks like this modem lacks TDD spectrum support. in my area (bicol, camarines sur) Globe’s LTE seems to operate on TDD band41 (2500mhz), so my pocket wifi (tplink m7350) which doesnt have TDD support is unusable for Globe. however, my pocket wifi is working fine in Cebu which is probably on FDD band3 or band7 (Globe).

to add that it’s B1 and B3 compatible. Knowing Globe that they are only selling LTE devices that only carries B3.

Not even a screenshot of its dashboard? Walang silbing review.

@the fake Abuzalzal
Shut the fuck up, you damn moronic rip-off! Don’t you dare to be my imposter unless you really want to have a gaping hole in that pathetic brain of yours.

The real king is finally back guys after my long month of slumber!